The 2021 edition of the Victoria Fringe Festival is here, with a longer duration and new ways to watch.

“This year because of COVID and the online shows you also get to see shows from across the world as part of our Fringe on Demand series,” says Sean Guist with Intrepid Theatre.

Fringe will feature shows from Japan, Germany, and across Canada and the U.S.

Instead of a 12-day festival with multiple venues, Fringe is now running six weeks, at only one Downtown Victoria venue, while also being made available online.

Showcasing a little bit of everything, from dance to comedy, musicals and spoken word, this Vancouver Island festival tradition has gone on for more than three decades.

“Un-juried and uncensored, so the shows are chosen by lottery. There’s no programming or curating the festivals, so it gives artists the freedom to create whatever they want and it gives them the opportunity to be a part of a festival and reach audiences,” adds Guist.

After a challenging two years for the theatre industry, Fringe is the first time in a long time some performers are stepping into the spotlight, whether it’s live or online.

“It’s so amazing to be in a live theatre again and you know we’ve just been rehearsing by ourselves since May, so to have the energy of the audience and the laughter, it was so beautiful,” says Zoe Wessler, Director and Playwright of ‘SEETHERED’, which is being performed August 19 – August 24.

SEETHERED explores the reproductive health injustices people with uterus’s face, medical gaslighting and how these trickle down into day to day relationships.

100 per cent of all ticket price goes directly to the artists you choose to see. For full schedule and ticketing information for the remaining five weeks of the festival, you can head to the Victoria Fringe Festival website. 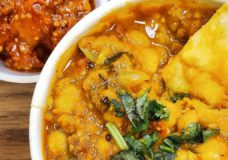