Heartbreak is spreading through Nanaimo, as that community reels from the homicide of missing teenager Makayla Chang.

After months of searching and worry, the RCMP’s announcement that her body has been recovered is sending shock waves through family and friends who are trying to come to grips with this tragic turn in her case.

On Friday, Brandy McKee angrily ripped a Missing Makayla poster from a post near her home that still stood a day after RCMP announced the teen’s body has been found.

“Breaks my heart. I fought so hard. Like the whole community did right. That’s the last thing that we wanted to do was tear down posters of Makayla’s face.”

McKee said the entire community was hoping for a better outcome.

“I felt it in my heart and so did the family that she was okay out there and that she would return,” McKee said.

According to McKee, he discovery of her body and the fact that the RCMP are treating it as homicide investigation has left her family in a state of shock.

“Because they are very shooken up and trying to piece everything together. Not having all the answers is very trying on them. Even though her day is found there’s still 100 answers that we need to find so.”

Her other family is a large group of friends that gathered to grieve Friday at the Nanaimo Coffee Shop they would share a table with Makayla daily.

“She didn’t deserve it at all and I really hope that whoever did this pays,” says friend Amber Crossen.

“This community is absolutely destroyed,” McKee said.  “Destroyed. She’s 16 years old and it’s just there are so many more 16 year old girls out there.”

Schneider is organizing a vigil for 3 p.m. on May 27 at Nanaimo’s Maffeo Sutton Park.

“I hope everybody will show up with some flowers, floating candles,” Schneider said. 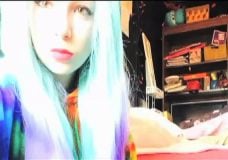 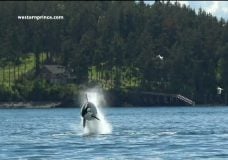