Island fishers are expressing frustration after being left at the dock, forced to stay home due to a Canadian government decision to close commercial fishing on the Fraser sockeye run while American fleets were given the green light to fish on the other side of the border.

Bruce Simons has become a fisherman without a job, stranded 800 kilometres from home, as the Fraser River Sockeye run that he journeyed so far to catch stays closed to Canadian boats.

“I was banking on it. Like I don’t even know how I’m going to get home. So there’s that, plus you can’t even collect E.I. (Employment Insurance) because you haven’t done any work, you haven’t made any money,” said Simons, a 69-year-old fisherman from Prince Rupert.

The boat that Simons was hired to work on, is stocked and ready to go out fishing but has sat idle at the French Creek docks, even as U.S. fishers were catching boats full of Fraser River Sockeye on their side of the border over the weekend.

“That’s a real sore subject. Because that’s our Fraser River fish they’re fishing and they shouldn’t be allowed to, but they are,” said Simons.

Yet according to conservationists, the Canadian government made the right call, erring on the side of projected low returns of sockeye.

“The U.S. went with the higher number and decided they were going to go fishing and Canada did not which is relatively unprecedented. So you had American boats with nets strung out along the border over the weekend catching Fraser-bound sockeye in American waters while Canadian fishers were tied up, and as frustrating as that was for Canadian fishers it was absolutely the right thing to do,” said Aaron Hill of the Watershed Watch Salmon Society.

The Pacific Salmon Commission’s Fraser River panel met Monday and Tuesday, and confirmed there are not enough fish to allow a commercial opening now. But fishers insist that’s because the fish have already moved through and it’s too late.

Qualicum Beach’s Randy Happach owns six fishing boats, and worries about all of the crew that were banking on a commercial sockeye opening.

“A lot of jobs, the deck hands. These are the people that suffer and then we can’t find anybody with any experience to work on these boats,” said Happach.

According to Unifor, as many as 800 coastal fishers are now going home empty handed. As of Tuesday, no announcement had been made on what government support will be available to help them. 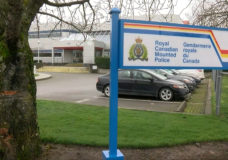 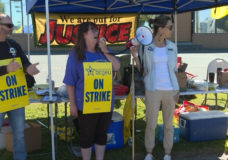