WATCH: It has been more than a year since 32-year-old West Shore RCMP Cst. Sarah Beckett was killed by a drunk and speeding driver in Langford. On Friday, that driver, 29-year-old Jake Fenton, was sentenced. April Lawrence was there.

The Langford man who pleaded guilty to several charges in connection with a crash that killed West Shore RCMP Cst. Sarah Beckett last April will serve four years in jail.

He also received a five-year driving ban, which will start after his jail term.

Fenton pleaded guilty in May to two charges, including impaired driving causing death, which carries a maximum sentence of life in prison. After the sentencing, he was handcuffed and taken to prison.

“Families have been torn apart by this, and I’m pretty sure this might be the first step in allowing them to heal,” defence lawyer Dale Marshall said.

Marshall said the judge took into consideration Fenton’s lack of prior history, an early guilty plea and taking responsibility for his actions.

Alisia Adams, spokesperson for the BC Prosecution Service, said a range of cases in the past gave guidance to the court.

Cst. Alex Bérubé of the West Shore RCMP also spoke after the sentencing, saying it was a hard day for the family and the police force.

“Obviously, we have to move on, we have continued working 24/7 since the day of the crash obviously, and again this is a reminder that impaired driving has devastating consequences,” Bérubé said.

He also said it could have been anyone else driving through that intersection that night and the fact that it was a police officer hit close to home.

“Ever since the first day we’ve gone back in our police car, hit the lights and siren, and catch impaired drivers. That’s what we do and as a community, we work together. We’ll do that in honouring Sarah Beckett,” Bérubé said.

Beckett’s family is not speaking publicly but Beckett’s husband, Brad Aschenbrenner, was visibly upset during Friday’s proceedings. He could be seen crying and his hands were shaking. After the decision was read out loud and court was adjourned, Aschenbrenner got up and handed two small engraved trophies to the defence lawyers and two trophies to the Crown. The trophies read: “participation award. I failed Sarah Beckett.”

Court heard an agreed statement of facts that stated Fenton was not attempting to flee from police when his truck struck Beckett’s cruiser.

According to Crown attorney Tim Stokes, Fenton was going between 76 to 90 kilometres an hour at the time of the crash. Paramedics noticed a smell of liquor and slurred speech from Fenton but he denied consuming alcohol.

The Crown was seeking a sentence of between three to five years, while Fenton’s lawyer suggested three years was appropriate.

Fenton will appear in court on another matter at the end of July. He is facing three charges, including accident resulting in bodily harm, impaired driving causing bodily harm and flight causing bodily harm in connection with a single crash that injured a passenger on May 22 last year in Goldstream Heights, roughly six weeks after the crash that killed Beckett.

The B.C. Prosecution Service released a Clear Statement after the sentencing, which explained the reasons for not approving charges against a Westshore RCMP officer who attempted to stop Fenton’s truck moments before it collided with the RCMP vehicle driven by Beckett.

No Charges in Motor Vehicle Fatality with Clear Statement 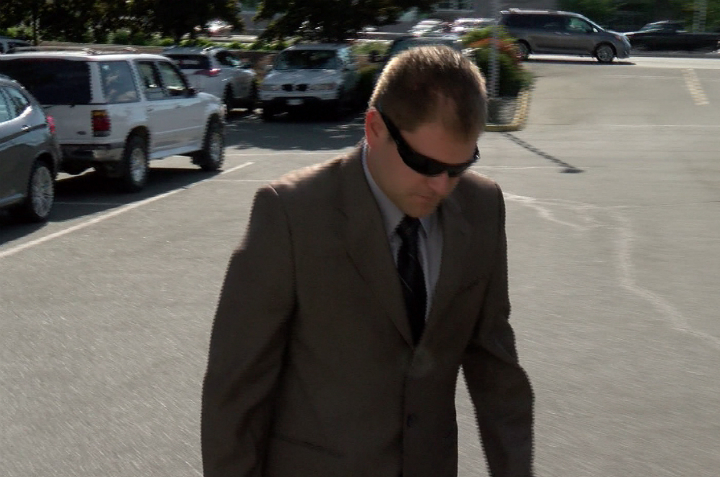 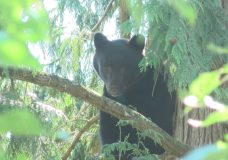 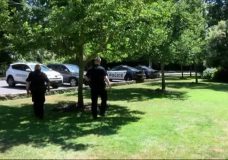