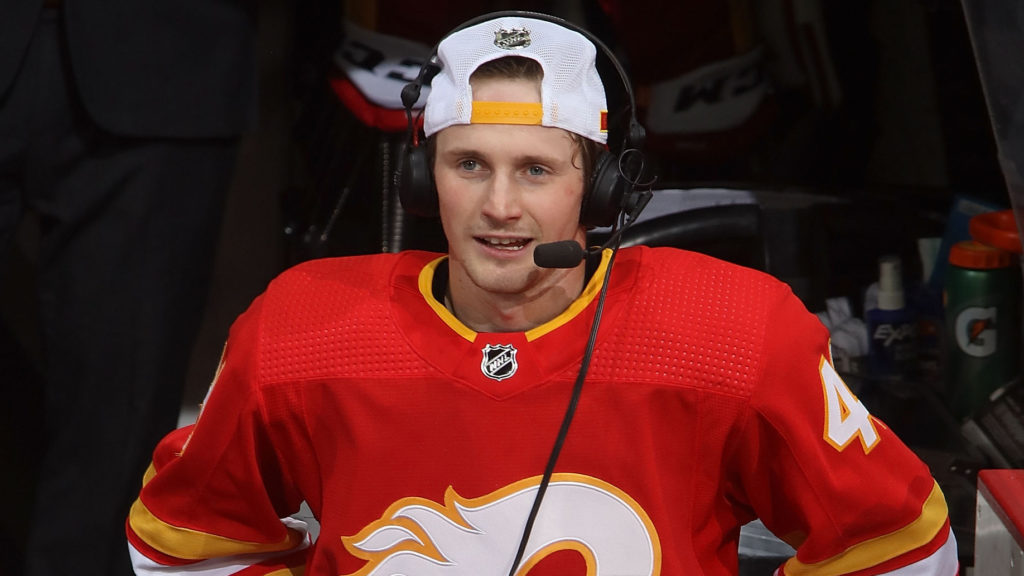 Twitter/Calgary Flames
Former Victoria Royals' forward Matthew Phillips interviewed during his first NHL game Wednesday with the Calgary Flames, in a 6-2 win over the Vancouver Canucks.

A former star of the Victoria Royals made his NHL debut with the Calgary Flames in the regular-season finale against the Vancouver Canucks Wednesday.

Matthew Phillips, who grew up in Calgary, played 14:19 with two shots and had some power-play time in his first NHL game, a 6-2 Flames’ win over the Canucks.

Making his NHL debut in his hometown 🔥

Welcome to The Show, @mattphillips_8! pic.twitter.com/rNuEzObvUv

Phillips was a sixth-round draft pick of the Flames in 2016, and played three full seasons in Victoria and became the first player in franchise history to record 100 points in a season.

The 5’7″, 140-pound forward has also been a consistent offensive producer with Calgary’s American Hockey League (AHL) affiliate, the Stockton Heat.

In this past shortened season, Phillips tied for the Heat scoring lead with 21 points (8G-13A) in 30 games. 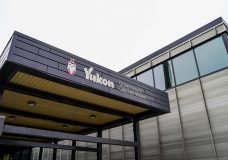