Bev Harper once lived an active life. Now, her husband has to help her put on her socks and shoes, all because of a seemingly innocent fall six years ago.

“That was the start of the saga of the chronic pain,” said Harper.

In 2016, a soft tissue back injury morphed into chronic pain, so debilitating for this former nurse who didn’t even like taking Advil, that she begged for a solution.

“Being put on this drug and being left on it this has just been a nightmare,” said Harper.

In February 2021, Harper was prescribed a drug initially hailed as pain relief without addiction: Tramadol. One month later, the same month Health Canada added the opiate to the nation’s list of controlled substances, Haper lost her family doctor of 18 years and hasn’t been able to find one since.

“Definitely I think I’ve fallen through the cracks,” said Harper, who has now been on the opiate for a year and half, only learning the government had acknowledged its addictive properties after her body was already dependent on the drug.

“I want to get off this drug so badly. I want my life back because it changes who you are,” said Harper.”You lose friends because you can’t keep up, you can’t sit, you can’t go to restaurants. Your entire life changes, and it affects everyone in your life as well.

So far Harper has applied to get into three family doctors without success.

“My daughter was accepted. I think nowadays doctors can cherry-pick who they want,” said Harper. “I’m not being taken on because of my age and my situation. In other words, the drug I’m on, it’s too much, they don’t want that much work.”

In Canada, family doctors are allowed to screen patients based on their scope of practic, but they can’t refuse people because they have “complex health problems”.

She began dealing with frightening side effects like heart palpitations, anxiety, depression, mood swings, nausea, headaches, and insomnia. Desperate, she began weaning off the opiate without a doctor, an isolating, frustrating, and even dangerous process.

“I’m directing my own care, a bit blindly,” said Harper.

She’s trying to slowly reduce her dosage, but struggles with needing the pain relief from the drug that drug psychologists tell her is actually causing pain itself.

Another side to the opioid crisis, colliding with a doctor’s shortage, and a health care system this former nurse says in need of a complete overhaul at the federal level. 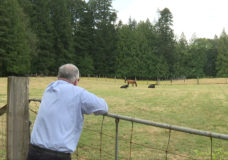 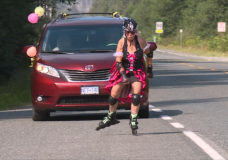 'I don't feel old': Great-grandmother rollerblading down Island for BC SPCA