Over 2000 workers in the logging and manufacturing sector are set to hit the pickets lines Monday if a deal isn’t reached with Western Forest Products before 4 pm.

“Their attitude towards workers is what is leading to this dispute,” said Brian Butler, President of United Steelworkers Local 1-1937.

The union is seeking a 3-year deal to replace the five-year deal the expired in mid-June.

The company and the union have been unable to agree on wages and benefits, shifting and a new drug an alcohol policy.

WFP says negotiations between the two parties stalled in early June when the union cancelled scheduled bargaining sessions. A spokesperson told CHEK News Sunday that Western is fully committed to the bargaining process while Western president Don Demens said “We are disappointed that the Union has chosen to serve us with strike notice. We remain hopeful that a mediator can get us back to the bargaining
table to negotiate an agreement that creates certainty for our employees, customers, and the communities where we operate.”

“What prevented or stopped negotiations from happening is their massive concessions and their inability to address our issues,” said Butler. “We fully expect this will apply significant pressure on Western and get them back to the table and get them to remove their concessions from the table and actually seriously deal with our member’s issues.”

The union represents about 5000 forestry workers on the Island and the South Coast but only about 2000 will be hitting the picket lines.

“And the rest of the members that are working are going to pay into a fund that will enhance the strike assistance of our members on strike to apply maximum pressure on this company.” 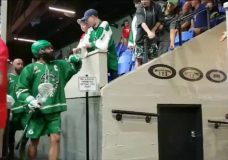 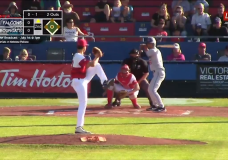