Note: This story contains details some people may find disturbing.

WATCH: Saanich police Sgt. Michael Duquette described steps he and other officers took while processing the scene. Graphic photographs were also shown in court today of the apartment and they depict the immense amount of blood that was found everywhere. Luisa Alvarez reports.

Andrew Berry is charged with two counts of second-degree murder in the deaths of his daughters four-year-old Aubrey Berry and six-year-old Chloe Berry on Christmas Day 2017. He has pleaded not guilty.

His trial is now in its second month.

Forensic expert Sgt. Michael Duquette of the Saanich Police Department was one of the officers tasked with collecting DNA evidence at the scene. He testified Wednesday that when he enters a crime scene, the first thing he does is check to see how a potential suspect gets in or out.

Duquette said that although there was a lot of blood in the suite, nothing caught his attention looking disturbed. He testified the blinds weren’t disturbed in any way and the windows were shut.

Duquette also explained the photographs that were shown to the jury. The photos showed different parts of the apartment where blood stains were found. One photograph showed the blood-covered kitchen floor with a knife near the stove.

Duquette testified about swabbing blood stains found on the kitchen counter and said he believed they might have been fingerprints.

A children’s play kitchen set with blood on it was also swabbed. Duquette testified the blood appeared to have a hand impression.

Other blood stains all over the house were swabbed including a bloody hand impression found on a wall in one of the girl’s bedrooms, located just above a heart-shaped sticker. The jury also examined photos of bloody sock prints in the living room by the Christmas tree.

After going over each photograph and bloodstain in detail with the jury, Duquette placed stickers on a layout map of the apartment, painting a picture for the jury of where all the blood stains and swabs were taken from in relation to the map.

Photographs of Berry taken by police were also shown in court Wednesday. The pictures clearly showed his injuries. Berry had a black right eye, a bandage on his throat, bandages on both arms from the hospital along with a series of stitches on the left side of his upper chest.

At the beginning of cross-examination, the defence pressed Duquette about possible scene contamination and what he knew about the case before being briefed by Vancouver Island Integrated Major Crime Unit (VIIMCU) on Dec. 26.

Duquette confirmed that at the VIIMCU briefing which he attended before examining the crime scene, he was informed someone was in custody and investigators were not looking for other suspects.

The trial will resume Thursday in Vancouver but only for half the day. In the morning, defence will continue their cross-examination of Duquette. In the afternoon, the judge is off at a conference. 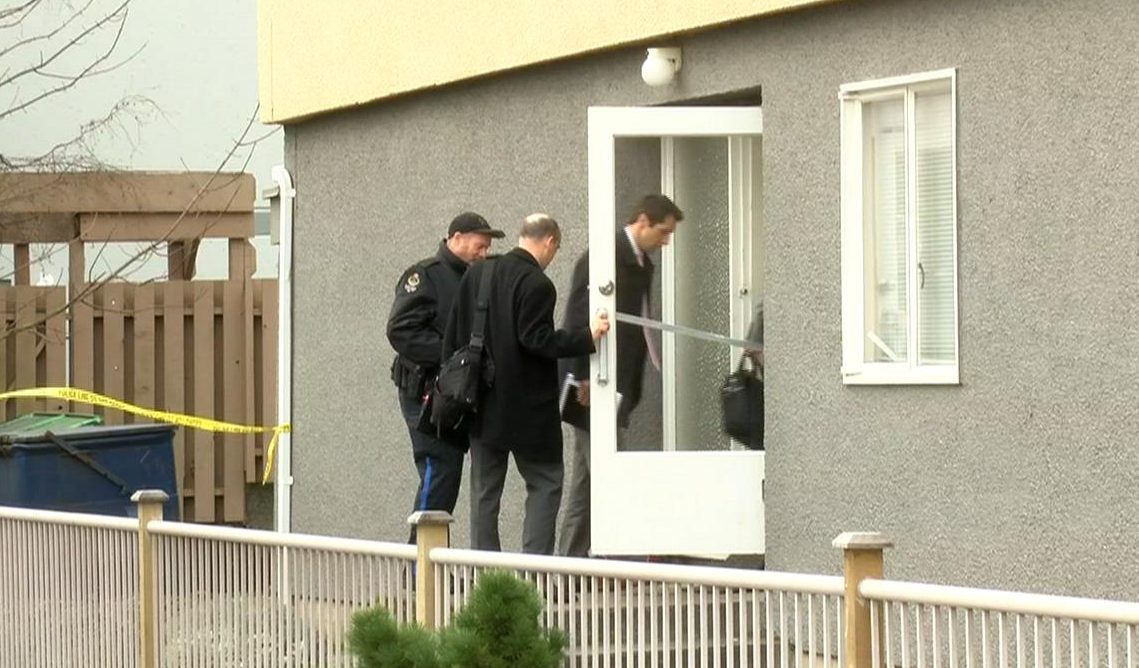 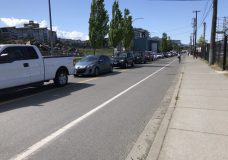 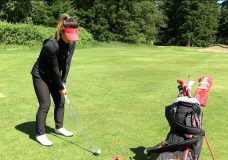