There’s a renewed push to shop locally as a way to reduce food prices long-term after Canada’s Food Price Report, released on Thursday, forecasted an overall food price increase of 5 per cent to 7 per cent for the coming year.

The report doesn’t come as a surprise to many Islanders who are feeling the squeeze, including Jean Kappel.

Another shopper has a similar approach.

“We look for sales. You know, the best deals,” said Laurie Peaker.

Even grocery stores like Country Grocer, which is known for being more affordable, according to shoppers, is experiencing a hike in food prices.

“When we see cost increases for us, it gets passed along. We don’t like doing it. we don’t want to have to do it, but there are operations that we have to do. And we know it’s not easy for everybody,” said Craig Cavin, the store’s South Island operations manager.

According to the report, these increases are due to a multitude of factors, including the pandemic, supply chain disruptions, labour costs, environmental issues and food waste.

While the prices jump, some in the community are encouraging consumers to shop locally.

“Yes, the cost may be a little more upfront, but you’re going to support producers, local suppliers, local manufacturers and in the long run, that’s going to be cheaper for everybody, right? The stuff that comes from farther away is obviously going to cost more,” said Cavin.

A researcher at the University of Victoria agrees, who said the time to rethink how we buy our food is now.

“We need to be thinking about our food systems beyond the price of food. I think we need to think about the impacts to our farmers and to our ecosystems of the way we’re choosing to eat and how we can make some adjustments to see benefits to broader places than just our pocketbook,” said Brooke Hayes, an Environmental Studies PhD student at the University of Victoria.

The report also mentioned there will likely be more demand for and reliance on food programs and an increase in grocery theft. 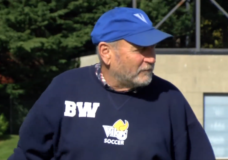 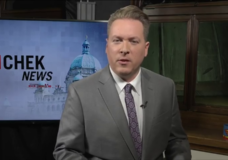 Rob Shaw: B.C.'s forests minister suffers a concussion after being knocked to the ground near the BC legislature