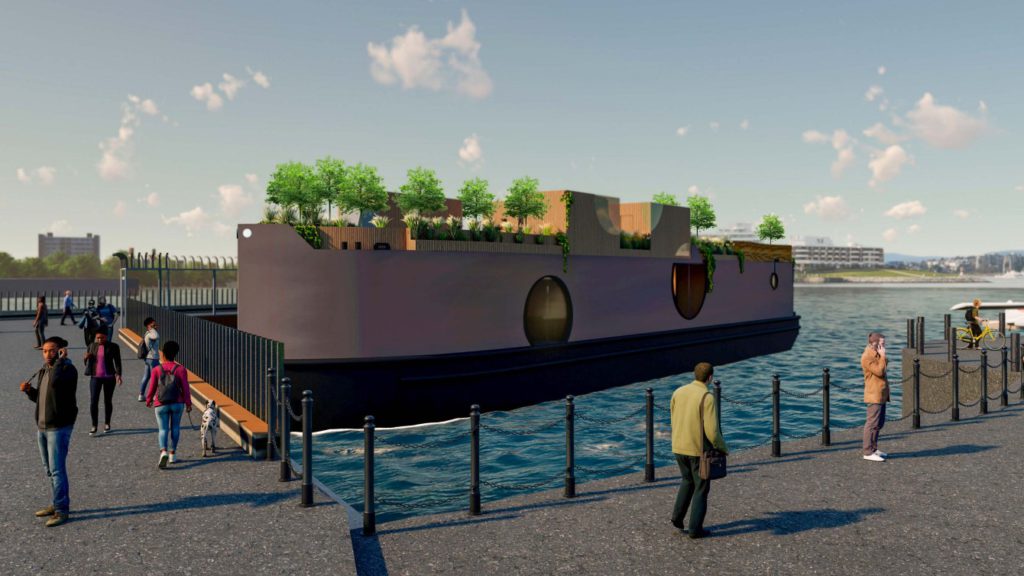 A floating spa proposed for Victoria’s Inner Harbour is drifting toward reality after city council approved a rezoning application and development proposal, moving the project to public hearing.

In March, Havn Experiences shared its plans to open the Nordic-style spa, a “waterfront destination” named HAVN, which would have the footprint of a large ship and float next to existing docks on the north side of Ship Point.

The developer’s proposed design includes four saunas and numerous pools, including three hot, two freshwater and one ocean water pool. The barge would measure about 145 feet and be made mostly of recycled and reused materials.

At Thursday’s Committee of the Whole meeting, Mayor Lisa Helps applauded the project, calling it a “community rich amenity” that’s a perfect fit for Victoria’s downtown.

“This is what the vision for the future of the city looks like, this is the kind of thing that I think our residents want,” Helps said. “We hear a lot from families that there isn’t a lot for families to do in the downtown, and I think that this is a family-friendly experience.”

HAVN would sit on a water lot owned by the Greater Victoria Harbour Authority, a not-for-profit that has voiced support for the project alongside other organizations like Downtown Victoria and Destination Greater Victoria.

In its application brief, Havn said the spa would come in the wake of the COVID-19 pandemic and help “boost economic prosperity,” attracting new visitors and revitalizing a site that’s “largely sterile and uninviting.”

In a previous interview with CHEK News, Havn’s CEO Nicholas Van Buren said the project came to mind as he and a friend were trying to think of ideas for a business in the area.

“I’ve been in Victoria my whole life. So I’ve been watching all the things that are happening down there, and a friend of mine and I were like, ‘what can we do here? Can we build another floating bar that’s actually opened in the winter?’” he asked.

“And then we started looking to other cities that have successfully brought vibrancy to their inner harbours and revitalized post-industrial sites.”

The pair found examples of floating spas in Montreal, Oslo, and Helsinki, and thought something similar would be a good addition to Ship Point.

On Thursday, Coun. Jeremy Loveday said the project is exciting. He hopes it will be a year-round destination providing an activity at the harbour front during the off season.

“I think the fact that it’s on an old ship made of recycled materials aligns both environmentally and will look beautiful while fitting in with the surroundings,” Loveday said. “I think it will be a unique offering and one that could potentially make memories for people that visit here, and attract attention from all over…”

Yet some councillors voiced accessibility concerns, especially since plans show people can only access the spa’s second level by stairs. That prompted an amendment to the motion, which asks the applicant to “strongly consider” people with disabilities in their design plans.

“There are accessibility challenges with the surrounding infrastructure that have been identified by the applicant,” Miko Betanzo, senior planner at the city, also told council.

“At high tide, the entry access is almost at the same grade as the pier deck. So, at that tide, it would not be a challenge,” Betanzo said. “But at low tide, obviously, the ramp coming to it would be steep and would pose an accessibility challenge.”

In a report presented to council, city staff said the project would advance goals for diversifying waterfront activities, ultimately creating vibrancy in the area.

“The design of the facility, as part of a floating barge, is consistent with the harbour aesthetic and it proposes extensive landscaping to an area generally devoid of green amenity,” staff said in the report.

With files from CHEK’s Laura Brougham 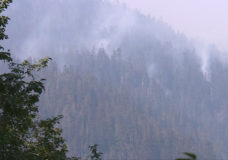 'It's very hard on the community': Forest fire burning 'out of control' near Gold River 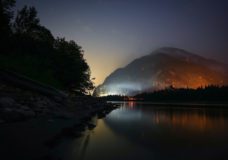 BC Wildfire Service warns season not yet over amid drought