Floating safety capsule could be key to survival during tsunami

In 2011, a 9.0 magnitude earthquake in Northern Japan triggered a tsunami that killed nearly 16,000 people and injured thousands more.

It has been seven years since the Tohoku quake, but the threat of a major natural disaster is still top of mind for many.

After the recent tsunami scare along B.C.’s Coast, some are taking emergency preparedness to new extremes.

An American company based just north of Seattle say their personal safety system, called the Survival Capsule, could be the key to survival in a natural disaster.

“It’s a device designed for people who don’t have the option of vertical and horizontal evacuation,” Julian Sharpe of Survival Capsule LLC said.

Their product is a tsunami escape pod, designed for those unable to reach high ground in the event of an emergency.

“There are many places around the world that get very little warning,” Sharpe explained. “In Japan, some cities get a three-minute warning which is nothing.”

Acting as a personal safety system, the device bobs to the surface in flood waters.

It keeps those tucked away inside safe from the outside elements.

“We came up with a design that is very strong, lightweight, efficient and floats,” Sharpe said.

The spherical ball is made of aircraft-grade aluminum.

Inside, the shell is lined with a ceramic thermal blanket to protect from extreme heat.

The two-person model is 4.5 metres in diameter and has enough room for supplies, a large marine door and a porthole.

“As long as you don’t suffer from claustrophobia you can survive in there for quite a while,” Sharpe explained.

Only one device has been purchased in North America, but Sharpe says they’ve had interest in the product from all around the world.

“After the hurricane action on the East Coast, we’ve had a huge number of people asking about them for hurricane protection,” Sharpe said.

They have yet to test the device in a real disaster but hope their safety system could become just as common as a car parked in a garage. 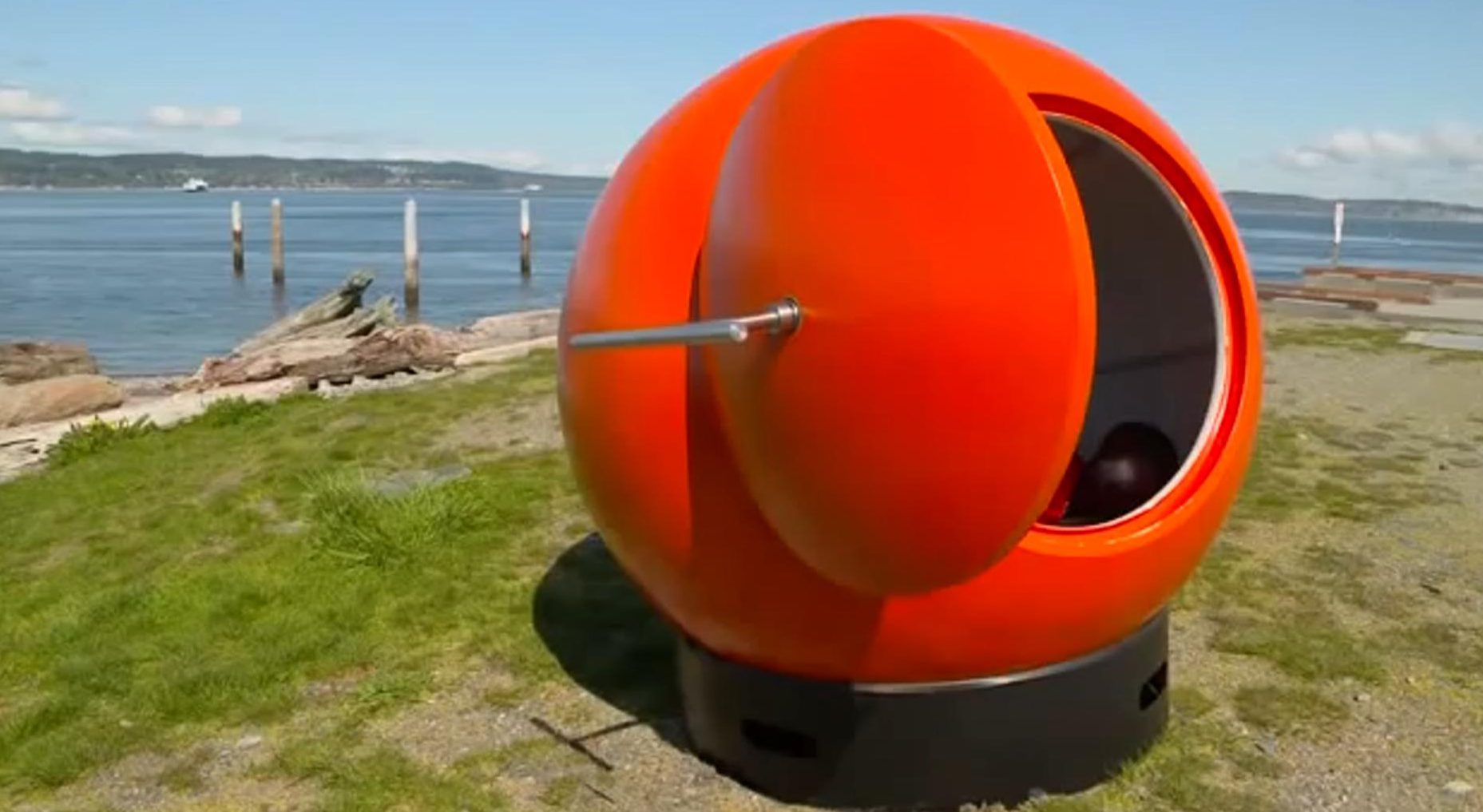 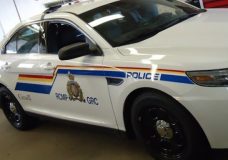 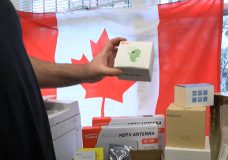