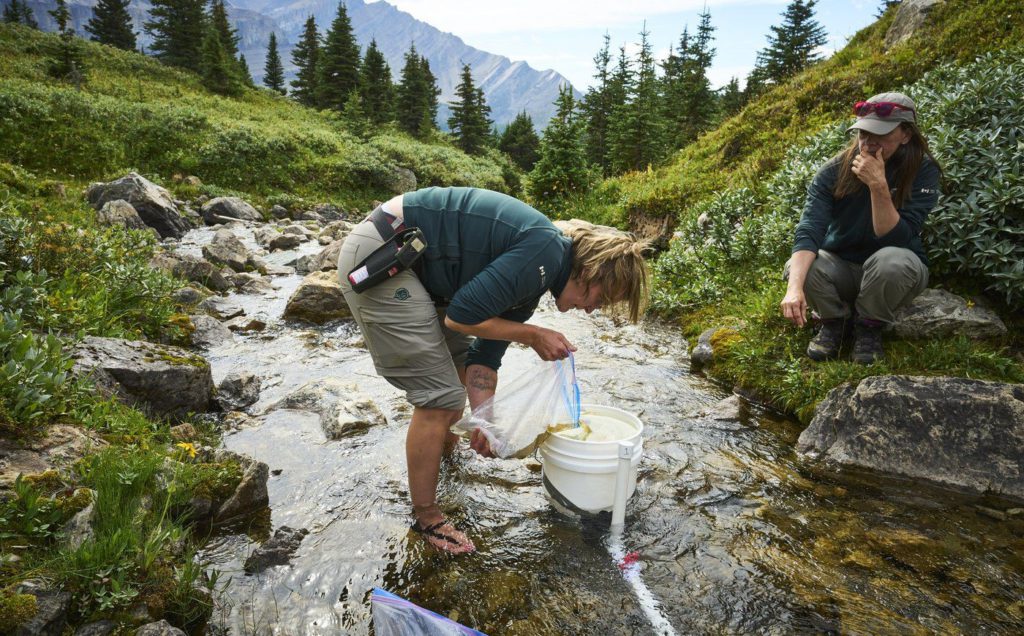 A white bucket sits in a creek flowing out of Hidden Lake — a cold alpine lake behind the Lake Louise Ski Resort in Banff National Park.

Inside the bucket, which has been turned into a remote streamside incubator with a few plumbing supplies, are dozens of tiny westslope cutthroat trout, a threatened species in Alberta.

“We have some eggs that we put into the lake about three weeks ago,” Shelley Humphries, an aquatics specialist with Parks Canada, said Thursday as she gave reporters a first-hand look at Parks Canada’s reintroduction of the species into the backcountry lake.

“They are almost fully mature and we are just about to release them down into the creek and the lake in the next few days.”

The fish will join about 5,000 westslope cutthroat trout that have been released in Hidden Lake as part of a restoration project that started in 2011.

“This is the first time in 50 years … that there have been westslope cutthroat trout in this lake,” said Humphries.

The silver to yellow-green fish with red markings were once abundant in Hidden Lake, but they were squeezed out by non-native fish such as brook trout after Parks Canada started stocking mountain lakes for anglers — a practice that no longer takes place.

It took a decade for Humphries and her colleagues to start returning the native fish to the backcountry lake.

They first tried to rid Hidden Lake of the brook trout through angling, gill netting and electrofishing.

“It seemed like it was working at first and then, after about four years, we realized that, actually, it wasn’t working. We were still getting a lot of reproduction in the introduced brook trout, so we had to change methods.”

They turned to a natural fish toxicant called rotenone to treat the lake in 2018 and again in 2019. Rotenone, which is derived from the roots of a plant, has been used around the world — including national parks — to kill invasive fish.

“It breaks down really easily,” said Humphries, noting it doesn’t hurt birds or bears who eat the fish and it can also be deactivated by introducing another compound.

They then monitored the lake to make sure the treatment worked and allowed the rest of the food web in the lake to recover before adding any westslope cutthroat trout.

But first they had to find some of the fish.

“They’re threatened so you can’t just buy them,” said Humphries. “We needed to find them on the landscape, we needed to test so they had the very best genetics, which should give them the best chance to survive climate change and other challenges coming at them, and then we had to test them to make sure they didn’t have disease.”

They worked with a hatchery to learn how to gather the eggs and the milt from the fish in another mountain lake before they spawned. They were then reared for a time in the office, before being taken to the lake, put into the makeshift incubators for a few weeks and released into the wild.

Megan Goudie, an ecosystem scientist, said she has worked on the project since she started with Parks Canada seven years ago.

“It’s like the pinnacle of our work out here,” she said. “It’s truly amazing.”

Humphries said Hidden Lake is a great location for the recovery project because a naturally occurring waterfall down the creek will prevent other fish from coming into the lake.

“There’s going to be a safe refuge up here for westslope cutthroat trout. It’s nice and cold, there’s still some little glaciers back in this valley and they are going to be safe up here all by themselves.”

Protecting species at risk and aquatic restoration, she added, are both priorities for Parks Canada.

“We don’t let species at risk go without a fight,” said Humphries. “If there is a way to save them, we try to save them. We can do great work for our trout. We still have amazing habitat.

This report by The Canadian Press was first published Sept. 3, 2022. 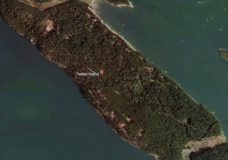 Two injured after helicopter rolls off cliff near Galiano Island 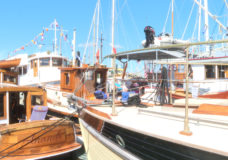