‘First time ever’: Soldiers and neighbours sandbag to protect Cowichan Valley from floods

Posted: Nov. 28, 2021 5:53PM
CHEK
WatchThe Canadian Military deployed soldiers to the Cowichan Valley who sandbagged alongside residents and the growing threat had people helping each other like never before. Skye Ryan reports.

Military boots on the ground rushed to sandbag on the Halalt First Nation Sunday as 31 soldiers deployed from CFB Edmonton joined forces with North Cowichan residents, building walls against the water.

They were hard at work protecting house to house, and street after street that was devastated by flooding two weeks ago, from expected flood waters.

“To see the flooding, it’s heartbreaking because these people’s lives are being disrupted and their stuff’s getting destroyed,” said Lt. Cameron Bond, a Canadian Forces member with Lord Strathcona’s Horse Regiment out of CFB Edmonton.

The huge need for help is why Scott Bennett spent three days moving sandbags for the First Nation near his North Cowichan farm, donating his time and tractor to help his neighbours, even when he needed to sandbag around his own home.

“Wherever I’m needed, get er’ done. This is what we need more of, everybody needs help,” said Bennett.

READ MORE: B.C. set to use Alert Ready system when next storm strikes in days ahead

Joe Seward was sandbagging alone at his home in Penelakut First Nation, when troops learned of his community’s needs as well.

“We want to do what we can to prevent the water from damaging more homes down her,” said Seward.

Soon his family home on Tussie Road was defended by soldiers with sandbags, fencing it against the rising water.

“First time ever. Extremely thankful and grateful and it just goes to speak to strides and attempts that we’re all working towards in the spirit of truth and reconciliation,” said Marie Seward, a Penelakut Tribes member.

The Chemainus River hadn’t spilled its banks yet, but continued to rise in the wake of Saturday’s atmospheric river. With a bigger storm forecast for Tuesday that was expected to align with an approaching king tide, the fear is that combination could bring higher flood waters than ever.

“They’re going to tell us who needs us the most next and who needs help and that’s where we’ll be going,” said Bond.

After Bennett helped soldiers protect so many homes Sunday, troops then turned out to help him.

“Oh it’s just a relief. Relief. Now I can go and help them now,” Bennett said, referring to more homes on the Penelakut First Nation.

“Everyone’s family here. That’s how tight we are,” said Seward. 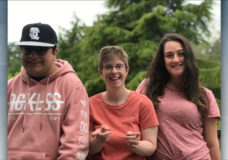 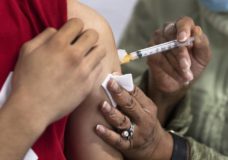