A new festival for people looking to have a good time without any substances got underway in Greater Victoria this weekend.

The first annual SoberFest, a comedy and music festival celebrating recovery and raising awareness about getting treatment, was held at South Vancouver Island Rangers on Saturday.

SoberFest founder Mike Manhas thought about launching the festival for three years before finally bringing it to life.

According to Manhas, tickets for the 2022 event sold out quickly and the feedback thus far has been astounding.

“It was an overwhelming response of positive feedback. Everybody wanted to get involved, whether it was politicians, community members, or business members, everyone came forward to make this happen,” Manhas told CHEK News.

He’s been sober for nine years and credits all the people who’ve helped him get to where he is today.

Now, Manhas is ready to pass along the support to others.

“This is my way of giving back for all the people who’ve given me the recovery I’ve had to help me change my life. If I can have a tiny effect on one person, that’s worthwhile,” he said.

He added that SoberFest is set to return again next year. 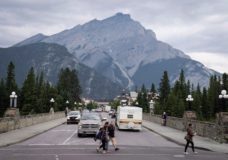 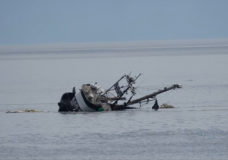 Efforts to remove sunken vessel near Victoria are difficult due to conditions: U.S. Coast Guard