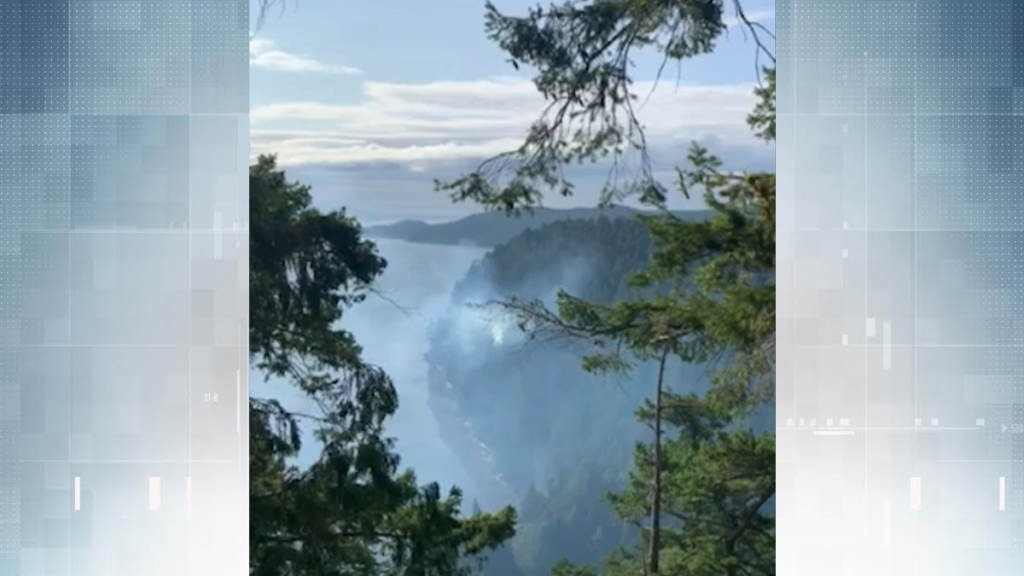 Photo submitted to CHEK News
Smoke can be seen from a forest fire on Pender Island.

A fire chief on Pender Island says a forest fire that broke out on a mountain last night could have been far more dangerous but wasn’t thanks to an alert resident on a neighbouring island.

Pender Island Fire Rescue firefighters responded to a forest fire on Mount Menzies at around 11:45 p.m. Aug. 2 after someone from nearby Saturna Island saw flames coming from the mountain and alerted first responders.

“It was a pretty good-sized fire. It is was what they call a rank two fire. So, it wasn’t going up the trees just yet but it was in the ground and on the ground,” said Pender Island Fire Rescue chief, Michael Dine.

More than a dozen firefighters ended up responding and were able to get the blaze under control before additional support arrived.

“We responded with a crew of about 15 firefighters,” Dine said, adding. “We were able to hold the fire at bay all night until the forestry crews could help us in the morning.”

The B.C. Wildfire Service currently lists the fire as less than a hectare in size. Dine said crews are “mopping-up” what is left of the blaze.

“We got a couple helicopters dumping water on there,” he said. “We had forestry crews meet us at 7 a.m. and we also had Parks Canada help. So, we had all the resources out trying to give us a hand.”

It’s unclear at this point how the fire began. Dine said the blaze began on a very vertical side of Mount Menzies that is difficult to access and suspects lighting may to blame.

“We had a lot of difficulty just getting down to the shore to see if it started there,” he said. “It looks like it started by natural causes. It could be like a lightning strike or something like that.”

What is clear, Dine said, is that the forest fire could have become “quite dangerous” but didn’t because an alert resident on Saturna Island spotted it early on and contacted authorities.

“We were very fortunate that that person was paying attention because there are no people directly around that fire. It could have been much more dangerous.”

“We are really thankful for the good citizens that are watching out for everybody and looking out for each other.” 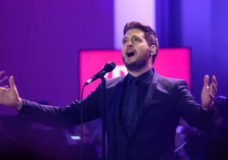 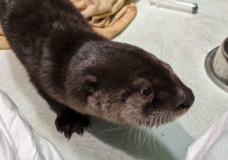