Fire hall construction cost balloons in Nanaimo because of COVID-19

There’s bad news for Nanaimo taxpayers. The cost to build a downtown fire hall has gone up by $3 million. That’s 18 percent of the overall budget.

The allotted budget was $17 million.

For those who opposed the project, the bigger bill comes as no surprise.

“No. I always tell people whatever cost estimate that you get coming in the door just add 40 per cent and you’ll be close,” said Tom Weinreich, a Nanaimo resident.

Weinreich is a former manager within the city of Nanaimo and he voted against the new hall because he believes there could’ve been a better more cost-effective plan.

“It’s a high starting point. If you add $3 million to the base price now we’re almost at $1,200 per square foot. That would be the most expensive fire hall in British Columbia bar none.”

But Nanaimo’s mayor says he accepts the staff report that says building costs have gone up because of COVID-19.

“It’s about COVID-19. It is about distancing. It’s about rising costs of materials and the COVID is what’s driving it and no one anticipated COVID when this whole project started,” said Leonard Krog.

“Unfortunately, the timing of the potential finishing of it is tougher for the city. We’re obviously not happy.”

Krog says he’ll vote later this week for the project to proceed.

“I have to say to people that are concerned ‘Do you want your major fire hall in an earthquake with all the equipment and vehicles trapped inside it and destroyed and or the loss of life that would obviously potentially ensue as well?’ This is a necessary project for the city.”

The staff report says the project has also undergone two value engineering exercises to reduce costs and optimize the design.

The staff report can be found on page 14 of this link.

In November 2019 Nanaimo City Council voted against getting LEED certification for the fire hall to save $200,000.

Seniors could be at higher risk of elder abuse during COVID-19: BC Seniors Advocate 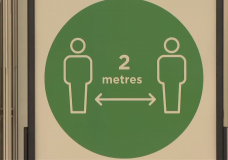