WATCH: Saturday’s high winds postponed the work on the Johnson Street Bridge. But as the Sunday installation of the final deck span got underway, the wet weather did not stop bystanders from seeing history in the making. Luisa Alvarez reports.

Wet weather has never stopped Victorians from enjoying their day, and Sunday was no different as many came out to Mermaid Warf to catch a glimpse of the action.

After heavy winds delayed the job Saturday the deck span on the Johnson Street bridge was finally lifted into place Sunday.

“This is history in the making I think,” said one onlooker.

It’s the final piece of the controversial $105-million dollar project and it’s coming in at 46 meters long and weighing 470 tons. The process of lifting it into place is not an easy feat.

“You have to make sure for example exactly where its lined up even before you lift so they’ve calculated it to make sure the clearances are there so when you lift it you can put it down where you want it to go down,” said project engineer Jonathan Huggett.

“It’s not a simple task and you don’t want to find out when it’s in the air when you lifted it in the wrong place.”

It’s practice that was appreciated by those curious enough to see it take place.

“I like the engineering work that goes into it. It’s very admirable very smart engineers we have,” said Claire Helbig.

While much of the heavy lifting is being done Sunday, it’s not quite finished.

“Tomorrow morning there will be a small piece that goes in its an infill panel then there are some concrete beams to put in place and then they’ll do a full testing and commisioning to make sure everything works really well,” added  Huggett.

And as the work continues into Monday afternoon the existing Johnson Street Bridge is closed to all traffic, which is being rerouted to the Bay Street Bridge.

If all goes to plan around the end of next week the new Johnson Street Bridge will be lifted for the very first time, officially changing Victoria’s landscape.

But as it stands commuters will have to wait a few more months until its projected opening date March of 2018. 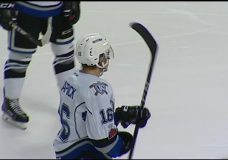 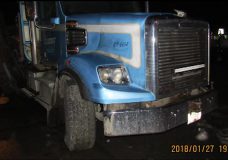