Returning to the now overgrown crime scene off a rural Whiskey Creek road, and seeing the wreckage that’s been left behind sends shivers and strong feelings through peer support worker Kelly Morris.

Nov. 1 marks two years to the day since three people were murdered at the site, another was critically injured, and their campers were all set ablaze. Even the victims’ four dogs were shot to death.

“If I had been here, I wouldn’t be here and I got the phone call to stay away from the camps,” said Morris, a peer support worker and Qualicum area resident.

According to Morris, she was headed out to the remote off-grid camp on Halloween night in 2020 to deliver supplies to the homeless but was warned it had become a very dangerous and violent place that was being run by an alleged drug trafficker named Sean McGrath, so she didn’t go.

“This is mental health run rabid, this is addiction and pure evil,” said Morris.

Sources tell CHEK News, that 52-year-old McGrath was the likely target of the attack and one of those killed, along with his girlfriend Shanda Wilson.

The family of the third, who was a young man with bipolar disorder told CHEK News that after a recent relationship breakdown, he turned back to drugs, and ended up living at McGrath’s off-grid campsite.

Still fearing for her family’s safety, the victim’s mother would not go on camera, but said she was deeply frustrated with the investigation.

According to the Vancouver Island Integrated Major Crimes Unit of the RCMP, the triple homicide is still an open active investigation, but they would provide not updates on the case.

“Everyone’s looking at them thinking why haven’t you solved this,” said Bob Tutty, a retired Calgary Police Services Investigator now retired in Parksville.

Tutty served for 24 years, investigating drug and organized crime cases and says he knows the pressure RCMP are facing but also said what looks like a cold case now, could still be solved.

“It might be another five years before somebody says ‘I can tell you who killed these people.’ It might be that the person, the culprit, is less of a threat at that particular time or perhaps the informant is under threat from that person and he sees the only way out is to talk to police. Those are the sorts of scenarios that play out in this situation,” said Tutty.

As those close to one of the darkest crimes in memory on Vancouver Island, hope for justice and actively fear those responsible. 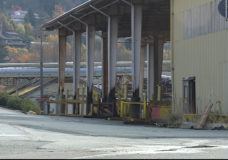 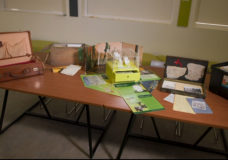 'Outreach kits' are connecting communities to the Royal BC Museum's collection