Father of suspect in 3 B.C. deaths expects son will go out in ‘blaze of glory’ 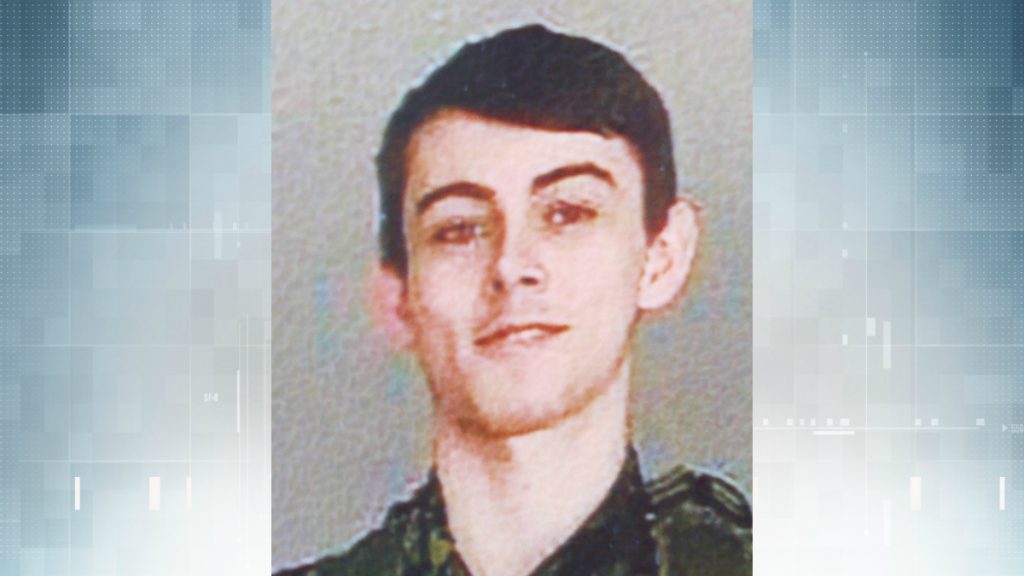 BC RCMP
Eighteen-year-old Bryer Schmegelsky in an undated photo.

The father of a suspect in the deaths of three people in northern British Columbia says his son is in “very serious pain” and he expects a nationwide manhunt will end in the young man’s death.

Alan Schmegelsky says his son, 18-year-old Bryer Schmegelsky, had a troubled upbringing. He struggled through his parents’ acrimonious split in 2005 and his main influences became video games and YouTube

“A normal child doesn’t travel across the country killing people. A child in some very serious pain does,” Schmegelsky said in an emotional interview Wednesday in Mill Bay, B.C., near his home in Victoria.

Mounties have said Bryer Schmegelsky and his longtime friend, 19-year-old Kam McLeod, are suspects in the deaths of Australian Lucas Fowler and his American girlfriend Chynna Deese, and another man whom police have said they haven’t identified.

The bodies of Fowler and Deese were found along the side of a highway in northeastern B.C. on July 15. Four days later, the unidentified man’s body was found near the teens’ burned-out truck several hundred kilometres from the first crime scene.

Police initially treated the teens as missing, but announced they were suspects after they were spotted in northern Saskatchewan. The manhunt stretched into northern Manitoba when a burned-out car the teens were travelling in was found near the community of Gillam.

Alan Schmegelsky said he expects his son will die in a confrontation with police.

“He’s on a suicide mission. He wants his pain to end,” he said, breaking down into tears. “Basically, he’s going to be dead today or tomorrow. I know that. Rest in peace, Bryer. I love you. I’m so sorry all this had to happen.”

Even if his son is caught, his life will be over, the father said.

Schmegelsky said he and his wife separated when their son was five. She moved with the boy to the small Vancouver Island community of Port Alberni, where he met McLeod in elementary school and they quickly became inseparable best friends.

They were “everyday, good kids” who didn’t get into trouble, but his son had problems at home and, at 16, briefly moved to Victoria to live with him, Alan Schmegelsky said. The boy then returned to Port Alberni to live with his grandmother.

“He hasn’t been nurtured. He doesn’t have a driver’s licence. He never learned to ride a bike. He craved love and affection,” he said. “His influences haven’t been good. His influences have been YouTube and video games.”

He loved strategy and battle video games in particular, Schmegelsky said, and two years ago his son asked for an airsoft gun for Christmas. Schmegelsky bought it for him and the teen and his friends would “battle” each other in the woods, he said.

Schmegelsky said his son doesn’t own any real guns and doesn’t know how to drive. He worked at the Port Alberni Walmart after graduating from high school earlier this year, but was disappointed with the job and told his dad he was setting off to Alberta with McLeod to look for work.

The father recalled that his son bought a nice black suit with his second paycheque from Walmart.

Kam McLeod’s father, Keith McLeod, hung up when reached by phone on Wednesday.

In Gillam, the deputy mayor said residents are locking their doors earlier than usual. John McDonald said residents are used to seeing strangers come and go from Manitoba Hydro projects, but they’re paying closer attention to faces since the release of photos of the suspects and word Tuesday that they may be in the area.

Extra officers have been brought in for a search focused about 70 kilometres northwest of the town near Fox Lake Cree Nation, where Chief Walter Spence has said police would be patrolling.

Police set up a checkstop at an intersection on the only road leading into Gillam.

McDonald said if McLeod and Schmegelsky are there, they are in country known for its thick bush, swamps and pesky insects, and where it’s easy to get lost.

“If they are wandering around in the bush, they couldn’t have picked a worse time because the sandflies came out three days ago and they’re just voracious,” he said Wednesday.

“I’m quite sure they’ll be more than happy to have someone find them.”

Hunt continues for bear that broke into Coquitlam home trapping mother and child
Timeline of events in the deaths of three people in northern B.C.