Farnworth says atmospheric river set to hit B.C. could be the ‘most intense storm yet’

The volunteers are out, and the sandbagging is well underway in Abbotsford, shoring up the defense against flooding as another atmospheric river is forecast for southern British Columbia.

It’s the third atmospheric river in less than a week, and according to B.C.’s Public Safety Minister, Mike Farnworth, and potentially the most damaging.

“We are expecting a significant storm forecast to last into Wednesday afternoon. In some areas such as the central coast this could be the most intense storm yet,” he said during a press conference Tuesday.

Officials are warning against non-essential travel Tuesday as the forecast called for heavy rainfall across swaths of southern and coastal British Columbia, including areas devastated by flooding and mudslides just a few weeks ago, as another atmospheric river makes its way across the region.

Farnworth told a news conference Tuesday that the province has “mobilized assets” in the Bella Coola Valley, while crews were working around the clock to shore up dikes and dams to protect essential infrastructure, farmland and homes in southwestern British Columbia. He also said the latest storm may not have the same level of intensity as the rainfall that battered the Fraser Valley and southern Interior earlier this month, but the cumulative effects of successive storms pose a major challenge.

“There’s uncertainty about this next storm, as the forecast models do vary, but we’re doing everything we can to make sure people and communities have the resources and supports they need,” Farnworth said.

Armel Castellan, a meteorologist with Environment Canada, said the central coast and the west coast of Vancouver Island could see up to 150 millimetres of rain, with up to 120 mm in Bella Coola, while the flood-soaked Fraser Valley east of Abbotsford could get up to 80 mm.

Emergency Management B.C. along with 500 military personnel, local government staff and community volunteers were making sure shelter, food, medication, emergency kits, fuel and other resources are available to those in need, he said.

Also Tuesday, the Fraser Valley Regional District released a statement from its chair, Jason Lum, calling for urgent assistance from the provincial and federal governments as pieces of critical infrastructure were “on the brink of failure.”

“Under the current provincial structure, we have to apply for funding and assistance on a case-by-case basis for things as basic as an excavator and quite frankly the responses are coming too little too late,” said the statement.

Transportation Minister Rob Fleming said Highways 3 and 99 had been cleaned up, assessed and reopened to essential traffic on Monday, but the latter was to be closed again by 4 p.m. Tuesday between Pemberton and Lillooet because of the forecast.

It’s the same route where four bodies were found and one person remains missing after a mudslide swept over the highway more than two weeks ago.

A travel advisory has been issued and maintenance crews have been dispatched to stretches of Highway 20 between Bella Coola and Williams Lake in response to heavy rainfall in the forecast for the central coast, he told the news conference.

Highway 1 remained closed between Chilliwack and Abbotsford as well as a stretch east of Chilliwack between Hope and the community of Popkum, Fleming added.

The rain should mostly ease on Thursday and Friday, Castellan said, though a smaller system is expected to affect the south coast late on Friday.

“We don’t expect large, large quantities, but we will be keeping a very close eye on the continued barrage of storms affecting the B.C. coast as we go into next week.”

Castellan said freezing levels were expected to climb under the latest atmospheric river and melting snow would increase runoff in already-swollen rivers.

B.C.’s River Forecast Centre has issued flood watches for the central and south coasts, Vancouver Island and areas around the Lower Fraser, Skagit, Similkameen, Tulameen, Coldwater and Nicola rivers in the Fraser Valley and southern Interior.

A higher-level flood warning was also in place for the Coquihalla River east of Hope.

The centre’s Dave Campbell said they were also watching water levels in the Nooksack River in Washington state, which contributed to flooding in a prime agricultural area of Abbotsford earlier this month. The river’s water levels had dropped over the weekend, but the coming rain could push it back up, he said.

“Particular concern as risks associated through the central coasts where there is risk of moderate to severe flooding from the current forecast conditions,” he said.

Avalanche Canada also warned Tuesday of an “increasingly dangerous avalanche cycle” in many of B.C.’s mountain ranges. It rated the risk as high to extreme on the south and northwest coast and in eastern B.C. from Chetwynd south to Castlegar.

People should stay clear of avalanche terrain because avalanches were “expected to run full path to valley bottom with the arrival of this third atmospheric river,” it said.

Braun said damage assessments were being done after extensive flooding partly due to the overflowing Nooksack River in neighbouring Washington state and there was some uncertainty about what may happen if it were to breach its banks again.

However, Whatcom County on the American side of the border was not expecting it to overflow in the next few days, Braun said.

He said the repair work on dikes has been completed in his community.

“I want to reiterate to all our residents that we have done all that we can do to keep our community safe as we go through this final weather event, for this week anyway.”

DriveBC will have the latest updates and current road conditions and is updated frequently. 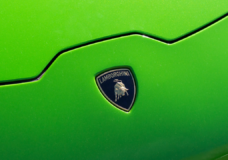 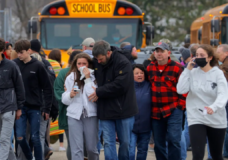