WATCH: Thirty-one-year-old Joshua Bennett disappeared in Langford over two weeks ago. Tuesday, his family still determined to find him, are demanding that RCMP tell them more. Luisa Alvarez reports.

It has been seventeen days now since Josh Bennett was last seen in Langford. His family is heartbroken but still hopeful he will come home.

“This is the hardest thing I’ve had to do in my life, but we have to do everything,” said Clayton Leachman, Bennett’s uncle, when talking about the search.

His family is still flooding Langford with new posters and replacing old ones. They are now offering a reward to make sure the public doesn’t forget to keep looking.

“We have to keep this alive, we have to keep it going out there otherwise people stop thinking,” said Bennett’s father Allan Nelms.

Joshua Bennett, who goes by the name Josh, was last seen March 9 at Langford Lanes where he was bowling with his colleagues. The carpenter, whose friends and colleagues have described as a responsible and hardworking, said he was going to go to the bathroom and then never returned. Family and friends said it is completely out of character.

READ MORE: ‘Somebody has to know something:’ Langford mother makes tearful plea to the public to help find missing son.

“Josh has either been taken, he’s not with us and that’s all we got. Josh does not disappear, said Leachman.

Police’s only lead released publickly is footage of a surveillance video that shows Bennett leaving Langford Lanes and heading to a nearby industrial area around 9:30 p.m.

And police have utilized many resources to look for Bennett which includes: search and rescue crews, the dive team, police dogs, video canvassing, interviewing family and friends, and following up with tips and information received from the public.  But police have still not found Bennett.

“Criminal activity starts to creep in after this length of time and that starts to be heartwrenching,” said Nelms.

In a statement to CHEK News, West Shore RCMP wrote, “Our top priority is to locate Mr.Bennett. We do not know what happened to him and remain open to all avenues of investigation,” it reads.

But Bennett’s family feel they have been left in the dark and gathered outside the West Shore RCMP detachment Tuesday demanding answers.

“I want to be involved. We need to know the mother of Josh has been waiting 17 days for something I think something sits behind that wall,” said Leachman.
Marlo Eveleigh Bennett’s mom says after talking with friends and the public they’ve gathered several tips and told the police but haven’t heard the outcome or if they’ve been pursued.

“Was he on a video that we’ve suggested? Did he use his bank card? All of those things we need to know the answer so we have an idea of how to move forward,” said Eveleigh.

While police have said so far there is no evidence to suggest foul play his family isn’t convinced.

“Josh is not in the drug world, Josh is not an addict, Josh is a successful young man that has gone missing in the West Hills people need to think about this,” said Leachman.

Joshua Bennett is described by police as a 31-year-old Caucasian male, around 6 feet tall and 160 pounds with black hair and brown eyes.

“What we know now is from the bowling alley we need something more than that he’s0 been further we feel and somebody knows something about that,” said Nelms.

Anyone with information on the whereabouts of Joshua Bennett is urged to contact their local police or Crimestoppers at 1-800-222-8477 (TIPS). 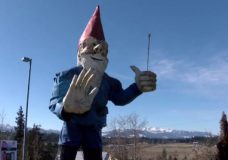 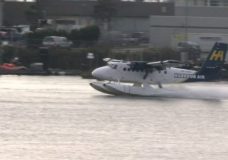 Harbour Air's plan for electric fleet is set for take off