Posted: Feb. 14, 2020 6:32PM
CHEK
WatchForty-seven years after serving their country, the former crew of HMCS Terra Nova is being recognized for their service. As Joe Perkins shows us, they're not the only ones being thanked for their sacrifice.

As British Columbia prepares to celebrate Family Day this Monday, a group of former Canadian sailors will gather with their families to receive recognition for a mission nearly half a century ago.

Forty-seven years ago HMCS Terra Nova was conducting operational training near Vancouver Island when it was ordered to return to CFB Esquimalt to prepare for a mission. The crew didn’t know where they were going or how long they would be gone.

“We weren’t told anything initially,” recalls Jim Walton, one of the 250 crew members given 72 hours to pack up and say goodbye loved ones.

“Typically you’re going to get some forewarning of a deployment of this nature,” says Walton.

Harry Woznow was the Chief Medic on board and was tasked with storing the ship with medication before heading out.

“On Saturday we were going to store ship, Sunday you could have time with your family, and on Monday we were gone,” he remembers.

It wasn’t until the ship pulled into Pearl Harbour that the crew learned they were heading to Vietnam as part of a peacekeeping mission tasked with helping oversee the end of the Vietnam War.

As part of an international agreement called the International Commission of Control and Supervision (ICCS), HMCS Terra Nova was to help provide emergency evacuation for Canadians.

The mission was called WestPloy 1/73.

The crew thought they’d be gone three months, but twice the return date was extended. The crew didn’t return home to Esquimalt until late June, more than five months after they had left.

Canada withdrew from ICCS the following month and was replaced by Iran. The conflict in Vietnam continued into 1975.

On Family Day, a ceremony will be held to recognize the role family and friends played in supporting the crew of HMCS Terra Nova when they departed suddenly in 1973.

“Today they have the family centre and other resources, in those days there were no family centres and many people didn’t know where to go,” Woznow says.

The Honourable Lt. Governor Janet Austin will be attending Monday and will help recognize the families as well as award the Special Service Medal with Peace Clasp and Canadian Peacekeeping Service Medal to 25 crew members who still haven’t received their medals.

“When you have a member serving or a loved one serving, a simple gesture goes a long way to showing appreciation for that service,” says Walton.

Both men say they’re incredibly proud of their crew and its deployment and say Monday’s recognition should be extended to all military families. 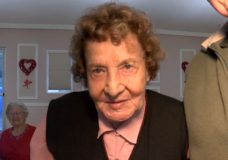 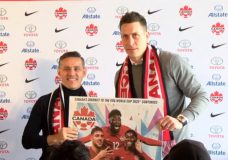