Posted: Apr. 3, 2021 6:55PM | Last Updated: Apr. 3, 2021 7:09PM
CHEK
WatchDemonstrators at the Fairy Creek logging blockade say they are digging in and calling in more help, after an injunction was granted against them this week.

Demonstrators at the Fairy Creek logging blockade say they are digging in and calling in more help after an injunction was granted against them this week.

On Saturday there was a steady stream of supporters arriving at their headquarters.

Shambu, an organizer with the blockade, said they are moving forward because it is “rightful.”

“We have the B.C. Union of Hereditary Chiefs on board, because we have every chamber of commerce on board with us,” said Shambu. “People are coming out, people are wanting this. It’s everyone’s block aid. There are countless examples of immoral laws, laws that serve a few, that were law and became illegal, and it was through this kind of civil disobedience.”

The blockade has been in place since August 2020, organized in part by members of the Rainforest Flying Squad, to stop the logging company Teal-Jones from building a road into the Fairy Creek area and prevent old-growth logging.

Demonstrators say they are extremely disappointed with the decision, and that now is the last chance to save the area.

“This is the last stand, literally last stand of old-growth. Ninety-seven per cent of the forests of British Columbia are tree farms,” said Shambu.

“The last time trees were saved, it took how many arrests to make that happen [in the Clayoquot protests]?”

Protesters say due to the Easter weekend, they expect a big boost in numbers of around 150 people showing up by early next week.

After the B.C. Supreme Court granted an injunction on Thursday, the RCMP have not made contact with the protestors. 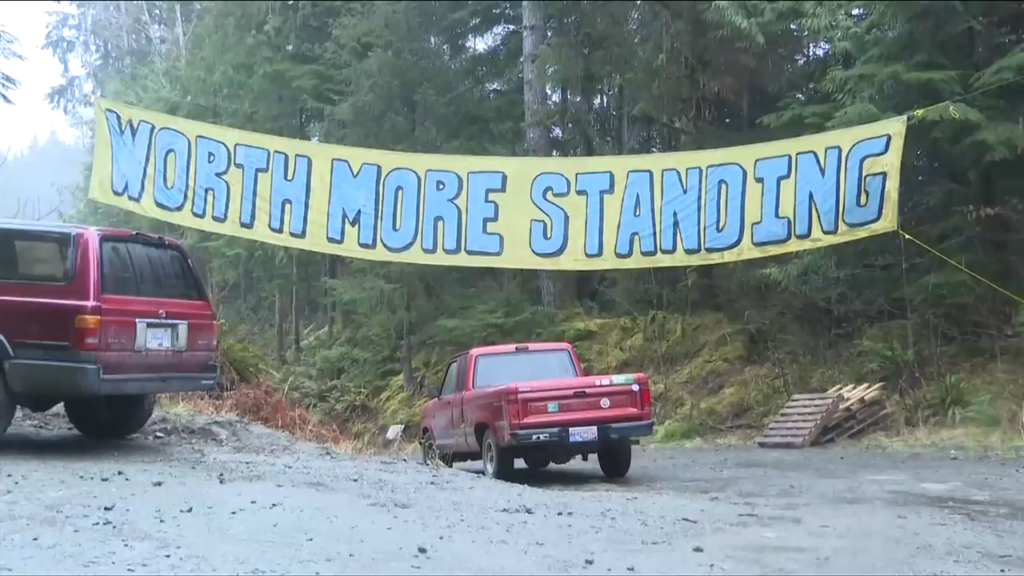 Demonstrators at the Fairy Creek logging blockade say they are digging in and calling in more help, after an injunction was granted against them this week. (CHEK News) 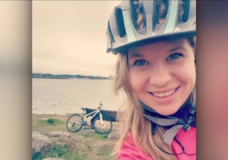 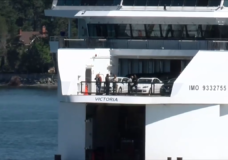 Belligerent anti-masker who caused ferry to turn around fined over $400, banned from BC Ferries