Failure to launch: UVic satellite remains grounded in Florida due to weather

It got down to the final moments before liftoff but heavy rain and clouds forced NASA to abort the launch of the SpaceX Falcon 9 rocket Tuesday afternoon at the Kennedy Space Center in Florida.

Watching closely was a team from the University of Victoria. Their OrcaSat mini satellite was on board awaiting its journey to the International Space Station from where it is set to be launched in January. Ultimately what it will do is help astronomers on Earth take better pictures of deep space.

“So we have payload on board that will help astronomers calibrate their telescopes and use the telescopes to take more accurate measurements,” said OrcaSat mechanical engineering lead Tristan Tarnowski.

Some of the members of the UVic team made the trip to Florida to watch the launch in person.

“At the beginning of the project I was excited and nervous and had no idea how to build a satellite and at the end of it it’s actually unbelievable that we pulled it off,” said OrcaSat project manager Alexander Doknjas.

While there was some hope the weather would clear just in time for launch, NASA pulled the plug saying the launch could trigger lightning which would damage the rocket and create a public safety risk.

“It was kind of a heartbreaker, I’m very sad, the team was very disappointed, there was a couple hundred people watching the launch and you could hear just a giant sigh from the crowd,” said Doknjas.

The disappointment was also audible at UVic where the team was hoping to watch the NASA live feed of the launch.

“Not the outcome we were hoping for today,” said Tarnowski.

But this isn’t the end for OrcaSat. NASA will attempt the launch again this weekend and once it does make its way into space the UVic team will be watching its every move.

“That’s the beginning, once it’s up there in January we’ll be tracking the satellite, so communicating with the satellite, we’ll be basically trying to see when it passes over our ground station at UVic, said Afzal Suleman, director of the UVic Centre of Aerospace Research.

And they say with this first-of-its-kind success plans to build a second satellite are already lifting off. 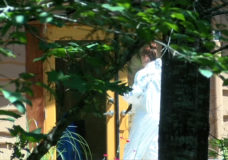 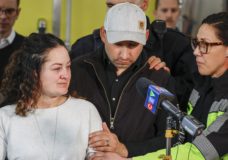 'So proud': Memories shared by paramedic who unknowingly treated daughter in crash