Explosion of taggers putting up ‘gross’ graffiti around Victoria

On the rooftops overlooking the Inner Harbour are words some may find too crude for a capital city.

On a rooftop in Bastion Square, the word “anus”  is scrawled in spraypaint.

“I think it’s a bit funny, but I also don’t care,” said one young woman.

“It doesn’t bother me. It does no harm,” said another.

“Maybe there’s more. Maybe it’s not just there, it’s all over the city.”

It seems to be a trend. Potty-humour tags are popping up all over Greater Victoria.

From portapotties to mailboxes to the sides of the shuttered iconic Turner Building on the corner of Richmond and Birch Street.

“Big Texas Cummer, that’s the one!” said a woman who lives by, looking at the tag.

“I mean I just don’t understand the big Texas part, like maybe he’s from Texas? I want to know the back story.”

CHEK News caught up with the men behind the tag, who say it started out as a little bit of humour back in 2018.

“There’s really no meaning behind the word, it’s just something we both thought was funny,” the creators behind the “Big Texas Cummer” tag.

“If any of us had a marker or spray paint we would just write it on the building and eventually some city worker or local hero would paint over it. So we’d write it even bigger. And it went on for a couple of years like that.”

But it’s no longer just a joke, they’re turning their tag into cash. People are buying their bumper stickers, t-shirts, even totes faster than they can make them.

“You don’t even have to put it on a wall illegally anymore, people are willingly wearing it,” said the artists.

And it’s not just those in Victoria, a certain U.S. state is bringing in some clients too.

“A guy from Texas put a sticker on his car. He doesn’t even know the story behind it, or that it’s everywhere seemingly in Victoria, he’s just from Texas and thought it was hilarious,” said the duo.

There are some, however, like the Downtown Victoria Business Association (DVBA), who aren’t laughing.

“I don’t find any humour in vandalism. The cost of businesses is over a million dollars a year to deal with graffiti in the region,” said Jeff Bray, the executive director of the DVBA.

“We’re in the middle of a global pandemic and businesses quite frankly don’t have the resources to deal with illegal activities like this.”

These vandals, who have turned their tags into a lucrative business, think city bylaws need to embrace tagging.

“I think it promotes a much more sterile city, in one I’ve grown up in and one I love, and it promotes the death of youth culture.”

As to why these one-word graffiti tags are popping up seemingly more so now, the group has a theory.

“I think it has to somewhat to do with just maybe boredom due to COVID. There’s a bunch of other funny tags that are popping up around and what else do people have to do to write something funny. It brightens some people’s days to see it,” said the artists. 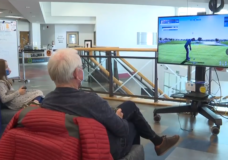 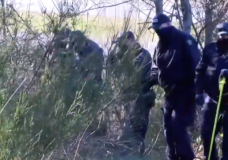 'It was horrible'; Residents shocked after body found in quiet Nanaimo neighbourhood