Calvin To spoke with the rescuer who’s reluctant to call himself a hero.

Ian Greenwood was out fishing on a belly boat on Thetis Lake Tuesday afternoon when he saw two people in need of help.

“I watched for a second and I noticed the kid was going under a little bit so I just started kicking my way out there as fast as I could,” Greenwood said.

“So I grabbed the one kid that was going under a couple times. He almost tried to climb on my lap out of panic. And I kind of calmed him down and made sure that he just held on to the side.”

Greenwood is an experienced sailor and a former member of the Navy. He said he doesn’t have extensive rescue training and is reluctant to call himself a hero.

“I did what anybody should’ve done, I think,” he said.

“There’s no skin off my back.”

Lifeguards have not been at Thetis Lake since 2002.

The Capital Regional District currently has no plans to bring them back. 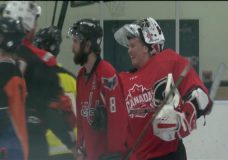 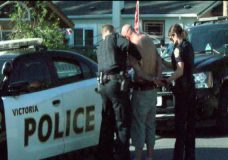