Delays and cancellations as WestJet still dealing with weekend outage

By noon Monday, the Calgary-based airline said another 31 flights were cancelled due to the effects of the system outage combined with winter weather affecting Alberta and parts of Western Canada.

Over the weekend, a system-wide outage led to the cancellation of over 200 WestJet, Swoop, and Sunwing flights, with many travellers still stranded and seeking compensation.

“They didn’t know at all what to do here. They were very nice and friendly but no help at all,” said Chrestenh Anderson, who was at the Victoria Aiport again Monday. “You haven’t got any help, you have to do it by your cell phone.”

Anderson is visiting Victoria from Sweden and was supposed to head to Las Vegas Sunday, but that flight was cancelled.

Then the airline put them on a flight for Tuesday, but only to Calgary. So they cancelled that and booked a flight from Vancouver to Las Vegas, but then had to take a ferry to the Mainland to catch it.

Taylor Ents, meanwhile, has been trying to get home to Calgary for two days and still doesn’t know when he’ll get there.

“Delayed, delayed, there was no note that they were going to be cancelled and then around an hour before the flight was supposed to take off, we got a notice that it was cancelled,” Ents told CHEK News. “And I’ve just recently received another delay.”

WestJet says an additional 10 flights have been scheduled today for passengers still waiting for flights.

The airline apologized to customers Monday, saying it is assisting guests as quickly as possible, but warns there could be more cancellations ahead, “As we move ahead into this week’s operations, along with the recovery from the weekend and winter weather affecting Alberta and parts of Western Canada, there will be additional delays and cancellations across the next 24 hours as we work to re-accommodate guests.”

There have been mixed reviews about how WestJet has been dealing with putting people up in hotels and paying for meals. Still, a passenger rights advocate says the company is obligated, under law, to make things right for passengers.

“WestJet has to provide meals and accommodation, re-booking on the next available flight including on competitors, for example, on Air Canada flights if there’s no WestJet flight available within nine hours and up to $1000 in cash compensation,” said Gabor Lukacs, who runs a website called airpassengerrights.ca.

Lukacs says he has been inundated with requests for help from WestJet passengers and notes that Anderson, for example, is eligible to have her missed nights in Las Vegas paid for by the airline.

“The airline would have to pay for any such losses under the Carriage by Air Act which contains the Montreal Convention,” he added.

A letter to our guests from Chief Operating Officer, Diederik Pen, on this weekend’s system-wide outage:https://t.co/3hNXjlJLkT 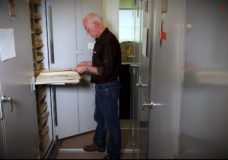 This Week In History: 150 years of plant collecting at the Royal BC Museum has created an invaluable resource for future research 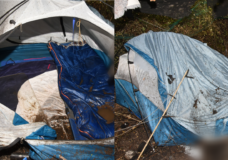 Saanich Police seek to identify deceased man found at Swan Lake: 'This is somebody's loved one'