September 12, 2019 updated
CHEK
WatchWhen two local businesses heard about a Victoria mom who was one of the victims in a high-speed multi-vehicle crash on Bay Street last month, they knew they wanted to help her. And on Wednesday they handed her keys to a new SUV. April Lawrence reports.

Cheryl Hebert pulled up to a car dealership on Douglas Street in Victoria in a taxi Wednesday because that’s her only option for getting around right now.

On Aug. 24, a speeding truck ran a red light at Bay and Douglas smashing into three vehicles including Hebert’s 2002 Volkswagen Jetta.

On Wednesday, she met the business owner who captured that terrifying moment on his store surveillance cameras at Budget Brake and Muffler. And Ryan Burghardt brought quite the gift.

Burghardt and the people at INA Motors were handing over the keys to a 2008 Hyundai Santa Fe.

For the single mom, the vehicle is a first step in trying to get her life back.

“I have normally five jobs and two kids that go to school half an hour from where I live so every moment in the day is an opportunity to either make money through one of my jobs or do one of the thousand things I need to do and I just needed a vehicle to be able to do that,” said Hebert.

It’s not just the vehicle she’s getting either. Maxamm Insurance has offered three months of free insurance, and Burghardt is also offering free maintenance for the next two years.

“To see someone react like that and see the impact you’ve made really makes it all worth it at the end,” said Burghardt.

Hebert was a little anxious as she got behind the wheel once again. Buckling in for safety, she was amazed at how the community has stepped up to help

“There’s been so much generosity and from the most unexpected places and I can’t actually thank people enough,” said Hebert. 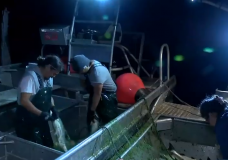 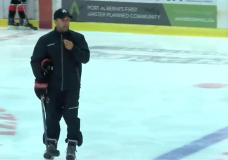