WATCH: A 72-year-old from Deep Bay had terminal lung cancer and opted to die with the help of a physician in his home Tuesday. Warning: Emotional content, may be upsetting to some viewers.

Tuesday is what Ed Ness had referred to as D-Day. Death Day.
But it’s not what you’d expect to see at a wake.
Friends and family gathered at Ed and his wife Gloria’s home in Deep Bay Tuesday afternoon to say goodbye. There were tears, hugs and even laughter.
The clock hung overhead in the kitchen and read 1:30 p.m. The doctor would arrive in thirty minutes.
“How are you feeling right now?” Ness was asked by CHEK News reporter Dean Stoltz.
“Um, I’m a little revved up. It’s like when I first went skydiving” Ness replied. “There was an adrenaline rush. I feel like I’m going on a voyage somewhere and I don’t know where it is but it’s interesting.”
READ MORE: Deep Bay man accepts fate, ready to die on own terms
To describe the atmosphere, it was almost like a dinner party. The kitchen was filled with family and friends and there was a noisy din.
“That’s exactly how I want it and that’s what I’ve told people, I don’t want it to be a solemn occasion, I want it to be a happy send-off,” Ed said.
Ness wants as many people as possible to know about the choice he made and why. That faced with terminal lung cancer, he is dying anyway and this is how he wants to go. And he asked me to be here to tell his story about dying with dignity.
“I’ve mentioned it to a few people that I’m doing this and some of the reactions are, you know they obviously haven’t got a clue what it’s all about,” Ness said.
“If people get educated on what it’s all about there’ll be a lot more support for it. It’s certainly not a suicide. You know, anyone who even brings up the topic suicide, you realize you’re talking to a fanatic right off the bat.”
When I first met Ed on Sunday, I expected him to look closer to death. Probably be in bed. But here he was still walking around, with less than half an hour to go. It felt odd, but comforting at the same time for those who had gathered to support him. Friends and family praised Ed’s choice to choose his day and let them say goodbye at the very end.
READ MORE: Vancouver Island at forefront of medically-assisted death in Canada
And when asked in his final minutes if he has any second thoughts?
“Oh absolutely not, no,” Ed said.
And with that at 1:45 p.m., Ed took a seat in his recliner. The shades were pulled down, candles wer lit and soft music is playing. He reads his last Epitaph to everyone and the doctor arrives at 2 p.m. Ed still sips at a glass of wine, a picture of his wedding day 35 years ago sits on the table beside him. The mood is heavier now. There isn’t much time left. Dr. Tanja Daws prepares the injections and Ed shares a final tender moment with his wife Gloria saying goodbye and I love you.
Dr. Daws asks if he is ready, he says yes and the procedure begins. He is given medication that will make him fall asleep and his last words to everyone are this is perfect.
“This is perfect,” Ed said.
Ed was then given medication to put him into a medical coma and then to stop his heart. He passed away peacefully within a few minutes.
For more information on medically-assisted death, visit Dying With Dignity Canada and Medical Assistance in Dying.  Dean Stoltz has also shared his thoughts on covering this story on his blog. 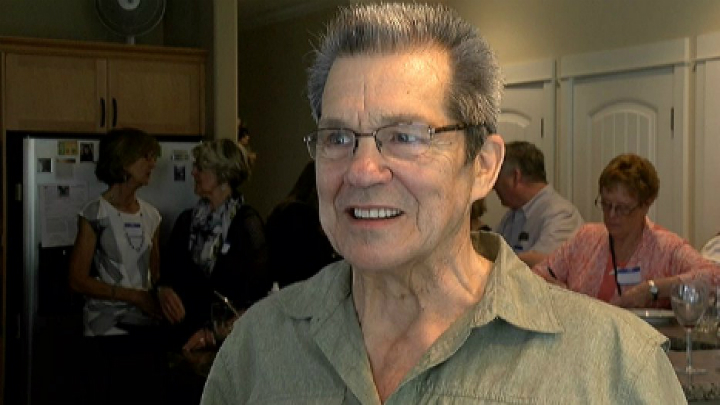 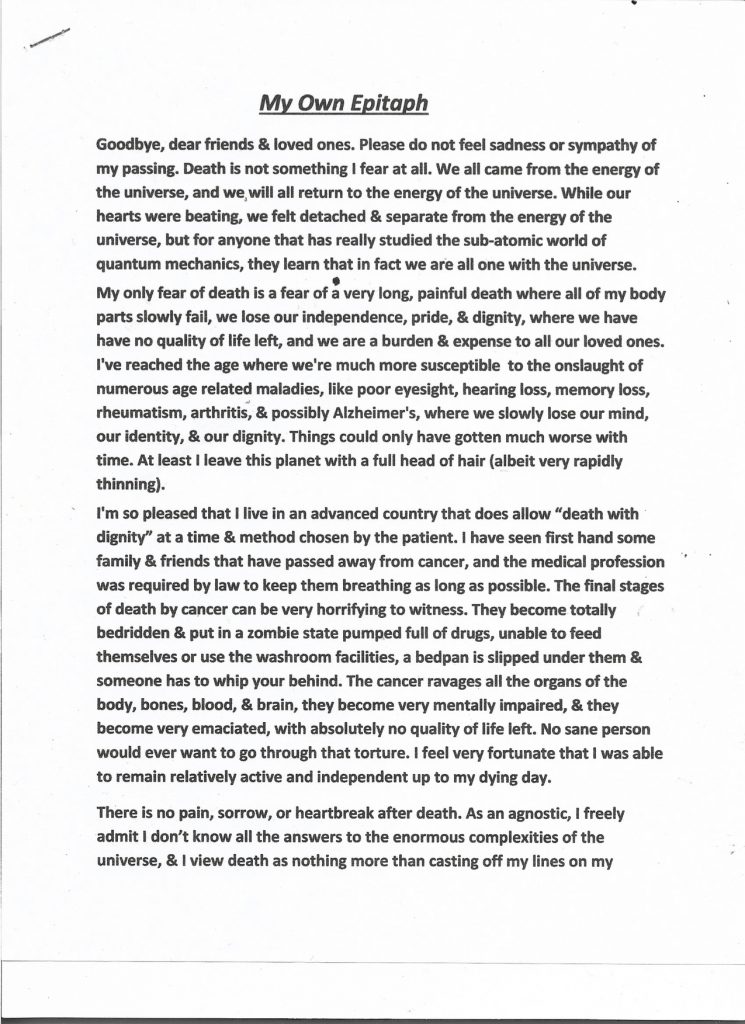 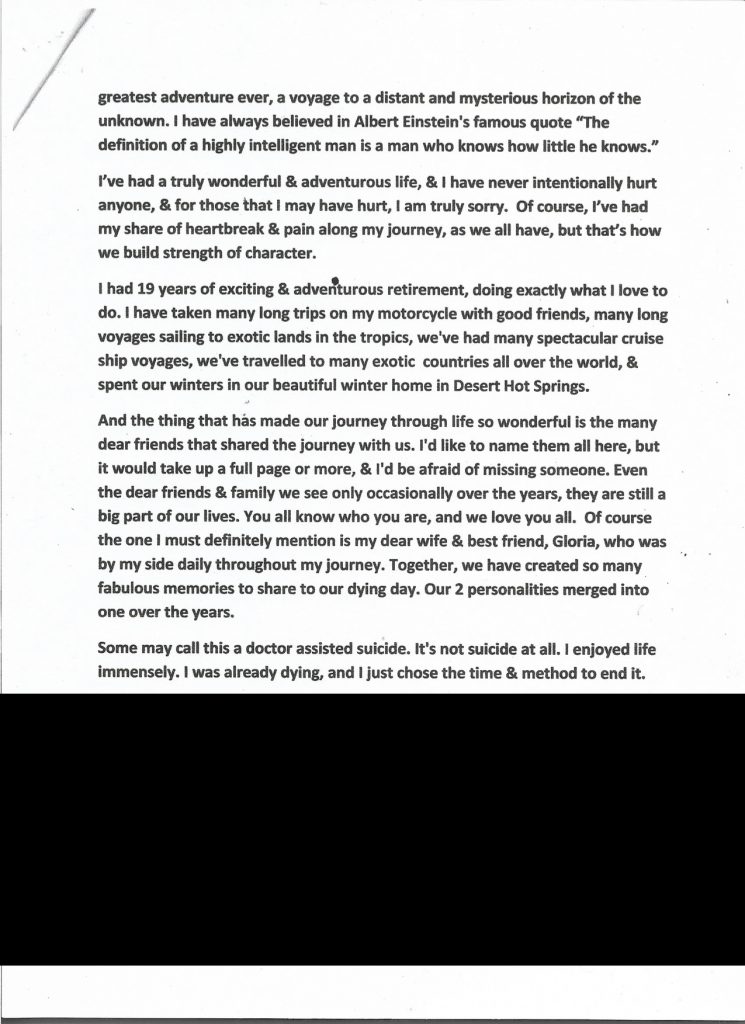 WATCH: One year since medically-assisted death became legal in Canada, nearly 200 people on Vancouver Island have made that choice. April Lawrence reports. 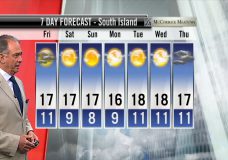 Ed's Forecast: Showers tonight but clearing for Friday and into the weekend 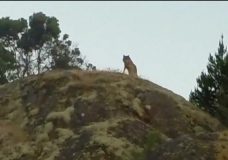