There was an unusual sight and sound at Esquimalt Lagoon Saturday. Large inflatable orcas trailed the road and whale calls were played on a speaker.

It was a demonstration organized by the group West Shore Dogwood who are protesting the Kinder Morgan pipeline expansion.

“We’re afraid of the changes that this will bring to our coastline and the devastation to our industry,” said organizer Doug Davies, “We’re not saying no pipeline, we’re saying no expansion.”

The project would see a seven-fold increase in tanker traffic coming and going if completed.

Protesters in Colwood fear the additional tankers will be detrimental to the engendered southern resident killer whales.

“The vibration of the engines, as they plow through the water, the speed of these boats, they can drive this population to extinction,” added Davies.

“When I talk about what’s best for the national interest I see orcas, I see mountains, I see clean air, clean water, that’s what’s best for our Canadian interest,” Eric Pittman of the Canadian Orca Rescue Society.

At the same time in Burnaby, more than 100 members of different faith communities are joining indigenous leaders to fight the project.

Earlier this week, the province unveiled its long-awaited court reference question over the project.

B.C. asked the province’s court of appeal how much authority it has to control the flow of diluted bitumen from Alberta through the province.

“We have set ourselves on a course to protect and defend the interests of the people of BC, and I’m going to continue to do that,” said Premier John Horgan on Thursday.

On the same day the federal environment Minister McKenna weighed-in saying, “I support this project because I am confident it can be built and operated safely, and projects like this make a big difference to people and communities across right across this country.” 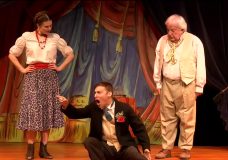 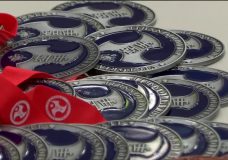