But Environment Canada is hopeful conditions will go back to normal as rainfall is forecasted for Friday for many parts of the Island.

“This kind of warmth this time of the year is rather unusual,” said Derek Lee, a meteorologist at Environment and Climate Change Canada.

Wildfires from the lower mainland and Washington State sparked a smoky skies bulletin and an air quality advisory over the weekend, the Air Quality Health Index rose to moderate levels. PM2.5 levels — fine particulate matter which plays a role in visibility — has also fluctuated through the past few days.

Data from air quality monitors measured PM 2.5 levels reaching as high as 66 μg/m3 near Parksville Monday Morning. A level that can be dangerous for at-risk groups if they maintain prolonged outdoor exposure.

Lee says that when it comes to air quality, focusing on the AQHI is most important.

“Generally in the morning time and maybe in the afternoon time, things will kind of mix out because of the warmer temperatures the air ventilate,” said Lee.

“As we get into urban rush hour and overnight periods where the air mass is stagnant, we need to be looking out for the air quality even closer.”

The last time that Victoria saw an extended period with less than one millimetre of rain per day began on May 14, 1922, which lasted 87 days.

“As we move into mid-October, we’re not seeing any rainfall events. This is something we are worried about,” said Lee.

Environment Canada is predicting periods of rainfall starting Friday and lasting through the following week.

“Hopefully by Friday there is a bigger sign and signal that we will make a switch into a fall-like pattern,” said Lee. 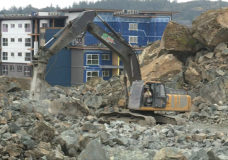 Slower development promised for Langford with new mayor and council 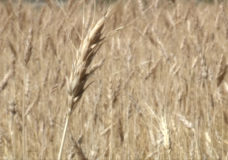