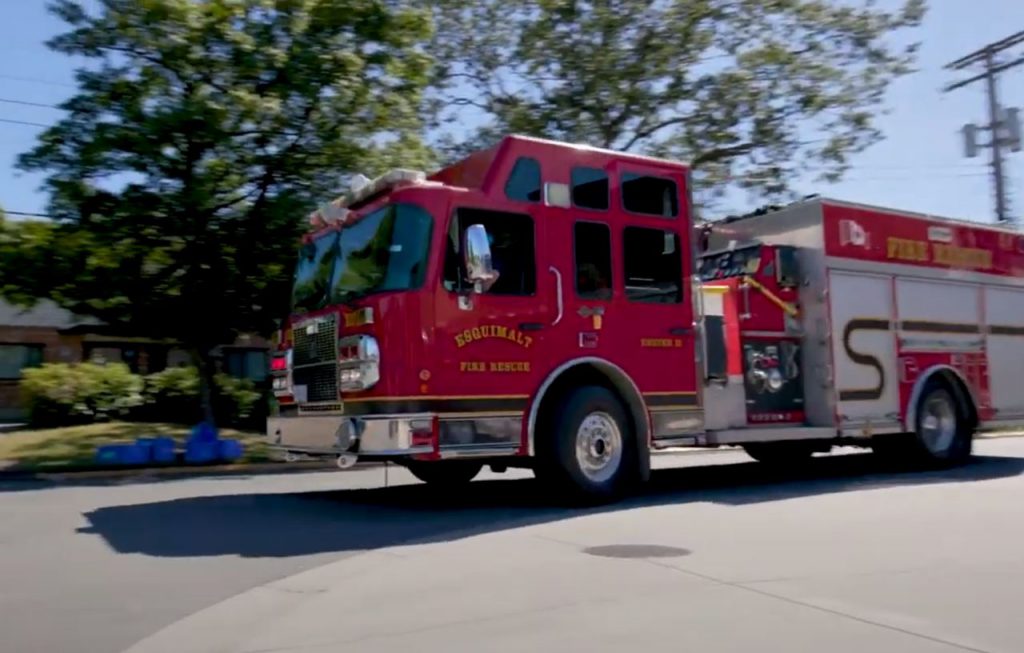 Esquimalt Fire, along with crews from CFB Esquimalt, responded to a multi-unit fire Thursday night, with a call coming shortly before 7 p.m.

The fire was in the 1300-block of Esquimalt Road and officials say crews were on the scene within minutes.

The fire was controlled quickly, but one occupant was taken to hospital for smoke inhalation, and another person was treated for an injury after falling.

The fire is under investigation, but not believed to be suspicious.

Officials estimate six units in the building are affected, while another six are believed to be not affected.

There is extensive smoke and some water damage to the building.