Sidney/North Saanich RCMP arrested a man after he is believed to have set a fire in an unfinished construction project Tuesday morning.

Around 4:30 a.m., Sidney Fire was called to a multi-unit residential building in the 9700-block of Third Street.

Mike Harman, deputy fire chief with Sidney Fire, says the building was unoccupied at the time of the fire.

“Upon arrival, we had light smoke that was visible from the outside, and we had sprinkler activation,” Harman said. “Crews entered the structure, they did find the starting of a fire, but the sprinkler systems had kept the fire at bay and actually knocked it out, we didn’t have any visible flames by the time we got in there.”

There was not a lot of fire damage, according to Harman, but there is water damage and since the fire was on an upper floor there is damage to units underneath.

“At this point here I think all four floors have some sort of water damage,” said Harmon

Cpl. Andres Sanchez says a single man was arrested for arson as police believed he intentionally set the fire. He is being held pending a court appearance.

“That individual was arrested, we believe that the individual is responsible for the fire. That person has been arrested for arson and is now here in police custody awaiting a court appearance over the telephone,” said Sanchez.

Sanchez says police are still working to determine the cause and a motive.

Anyone with further information is asked to call Sidney/North Saanich RCMP at 250-656-3931.

-With files from CHEK’s Cole Sorenson 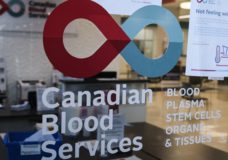 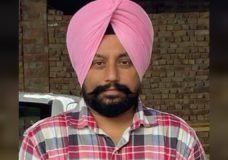