Drought affecting crops on Vancouver Island and the Gulf Islands

It’s been 40 days since the fields at Saanichton Farm felt a drop of rain.

Bryce Rashleigh, farmer at Saanichton Farm says out of 45 harvests, this one had the most complications out of any.

The heat wave and zero rain has damaged most of their crops and left them short, think and burnt.

“We’ve definitely had some times of heat extremes for a day or two, we’ve had times of drought for awhile, but to have it in the spring and into the summer and combine it with extreme heat. It’s been unusual for us,” says Rashleigh.

Eastern Vancouver Island and the Gulf Islands are sitting at a drought level of 4, meaning adverse impacts are likely.

The province is asking all water users to reduce use wherever possible by limiting outdoor watering, planting drought-tolerant vegetation, taking shorter showers, not watering during the hottest part of the day or when it is windy, turning taps off, installing water-efficient showerheads, taps and toilets.

But if you’re a farmer, limiting water isn’t exactly the easiest thing to do.

Though the Farmers at Hope Bay Hop Farm are continuing to be cautious and reducing irrigation to the minimum while still trying to salvage what they can, the harsh conditions are having a big impact and their crop is falling a couple of weeks behind schedule.

“The yield is going to be less, the plants aren’t producing the number of chromes that they normally would at this time of year,” says Richard Piskor, Farmer at Hope Bay Hop Farm.

This summer has not only devastated farms on Vancouver Island but across Western Canada and farmers are just having to learn to adjust and adapt.

“I don’t think anybody anticipated that heatwave we had but I think we have to prepare for things more like that and just be prepared,” says Barbara Johnstone, the president of the Pender Island Farmers Institute. “People on the island have said too that this feels more like August than July so they kind of wonder what it’s going to look like when we get further down in the summer.”

As the drought drags on, farmers are desperately hoping for some much-needed rain. 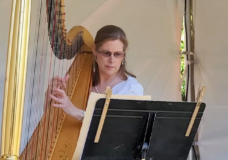 Open Air: A Summer Festival of Music runs until early August in Victoria 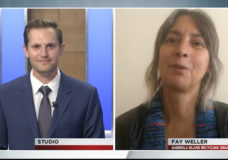