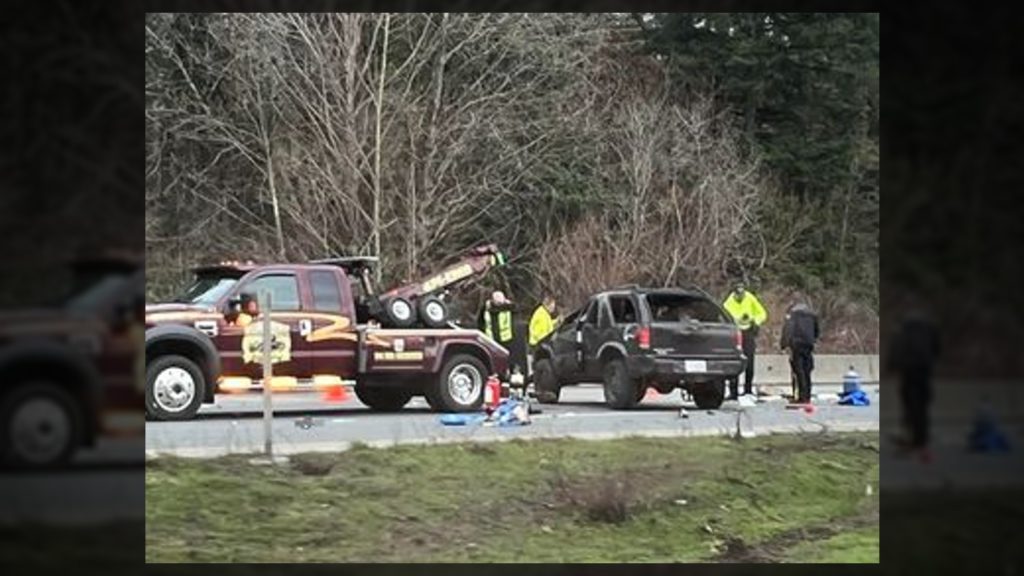 Photo supplied.
An SUV is seen badly damaged following a roll-over crash on the Trans-Canada Highway near Langford. Wednesday, Jan. 25, 2023.

Northbound lanes of the Trans-Canada Highway near Langford have reopened after a single-vehicle rollover crash shut them down for an hour Wednesday.

DriveBC said around 1:30 p.m. that the highway between Six Mile and Millstream roads was closed for drivers heading north due to a vehicle incident, with no detour available at that time.

Photos sent to CHEK News show a badly damaged black SUV surrounded by emergency responders, including police and fire crews, and a tow truck, with belongings from inside the vehicle strewn across the highway.

The driver of the SUV drove off-road and back onto the highway before rolling the vehicle onto its roof, according to Cpl. Nancy Saggar, media relations officer with West Shore RCMP.

Saggar says the driver was the vehicle’s only occupant and was taken to hospital with the extent of their injuries currently unknown.

Another tipster sent CHEK News a video of commuters caught in the traffic jam making a U-turn and heading south while still in the northbound lanes.

“Just a little odd seeing everyone turn around on cue like they were all dancing together,” the tipster said in an email.

The highway was closed for about an hour and has since reopened.

CLEAR ✅ – #BCHwy1 northbound between Six Mile Rd and Millstream Rd is now OPEN after previously being closed due to a vehicle incident. Continue to expect significant delays due to congestion. #LangfordBC #VanIsle #VictoriaBC 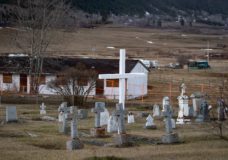 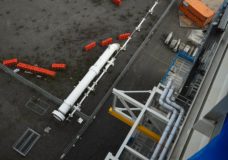