A woman in her 80s is lucky to have not been seriously hurt after she crashed through a back yard and clipped the side of a neighbour’s house in Victoria on Wednesday.

Shortly after getting into her car in the driveway of a residence on  he 900-block of St. Charles Street, it lurched out of control.

“She sure as heck had some force going,” said neighbour Richard Davidson

“The car went right through the fence and clipped the side of the house and then out through our hedge.”

The car eventually came to rest on it’s side.

First responders aren’t sure whether it was a vehicle malfunction or whether the woman mistook the gas pedal for the brake.

Firefighters stabilized the vehicle and pulled the woman through the driver’s side window.

She was taken to hospital with minor injuries.

“I think a little embarrassed but she was in good spirits and very lucky.”

Firefighters say the car barely missed hitting a gas line and the support pillar of another neighbour’s home. 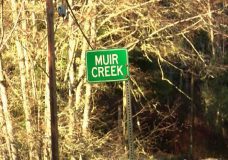 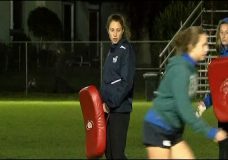