Unable to fight the war on the ground, the world has been swift to hurt Russian President Vladimir Putin in his pockets instead.

Russia is not only facing coordinated worldwide sanctions but decisions by Canadian corporate giants. Rogers, Bell, and Shaw all pulled a Russian state-controlled channel off the air. Shell ended all its oil and gas business in Russia – a cost estimated at $3 billion US.

Here on Vancouver Island, a liquor store is doing what it can.

“We’ve been watching just like the rest of the world, what’s going on in Ukraine, and been quite disgusted,” said Tony Piga, owner of Ma Miller’s Liquor in Langford. “We have some Russian products that we carry in the store, and we decided to sell those products and donate them to the Red Cross. It’s only $1,000, but every bit helps.”

It’ll be doubled to $2,000, once you factor in Ottawa’s donation matching promise. And is a move BC’s private liquor industry, is encouraging more stores to follow.

“With 670 private liquor stores in the province and over 8000 licensed locations, we hope it’ll add up to something meaningful,” said Jeff Guignard, the executive director of Alliance of Beverage Licensees.

While the divest from Russia movement is strong, not everyone is following suit.

BCIMC or BCI manages the province’s public pension investments and has $450 million invested in Russian-state-owned or oligarch-backed oil and gas companies and it says it’ll stay that way.

But some public servants argue that the minimal exposure to Russian assets is exactly the reason why BCI should divest from Russian-backed investments.

“The fact that this is only .2 per cent of our pension fund is really a rationale of why they should be able to sell it. Yes, they’re probably at a loss, but it’s a tiny portion and it’s a really important show of solidarity with Ukraine,” said Matt Dell, a civil servant with the provincial government.

“What’s their line? When Russia uses a nuclear weapon. Are they going to still keep invested?”

Today, MLAs from all sides of the bench unanimously voiced their opposition to BCI’s continued holding of Russian investments.

The premier though was reluctant to override the corporation’s independence.

“We will certainly be following up with BCIMC. It’s absolutely clear the intention of the people in the house and the people we represent,” said Premier John Horgan. 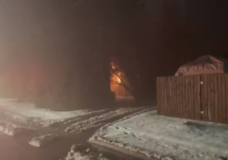 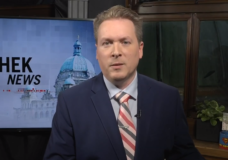