WATCH: What started as a distracted driving stop ended with the arrest of six full patch members of the Hells Angels, four associate members, and the seizure of a loaded gun and drugs. April Lawrence reports.

Last month it was a ride from Nanaimo to Langford, in memory of prospect Michael Widner, whose body was found in March near Port Renfrew.

They held a similar event last weekend, the annual ‘Zeke Run’, in memory of a member that went missing in 1993, and as is typical of these rides, the police were watching.

“The RCMP helicopter was hovering around the area at the time and we had numerous resources assisting with the Zeke Run itself,” said West Shore RCMP spokesperson Const. Alex Berube.

It was after the ride, that officers followed a limousine, leaving the Devil’s Army clubhouse on Spencer road in Langford.

Police say they pulled the limousine over on the Trans Canada Highway at Leigh Road around around 5:00 p.m. Saturday evening, after witnessing the driver commit an offence under the Motor Vehicle Act.

According to West Shore RCMP that offence was talking on his cell phone.

When they searched the vehicle they found a loaded handgun with several loaded magazines, as well as a significant amount of drugs including cocaine, marijuana, and other controlled substances in tablet form.

“Grounds were formed to arrest all ten occupants of the limousine and we’re talking about four associates and six full patch Hells Angels from the Nanaimo and Kelowna chapter,” said Berube.

Berube says this is the first time he can remember a significant incident happening during the annual Zeke Run, but he has a message for the Hells Angels and other organized crime groups.

“They’re not welcome in the West Shore,” he said.

“We’re not going to tolerate any criminal activity in the West Shore community and we will strive to protect our communities.”

Only three of those arrested Saturday are facing charges, and Berube confirms the driver, an associate Hells Angels member, will be getting a ticket for distracted driving. 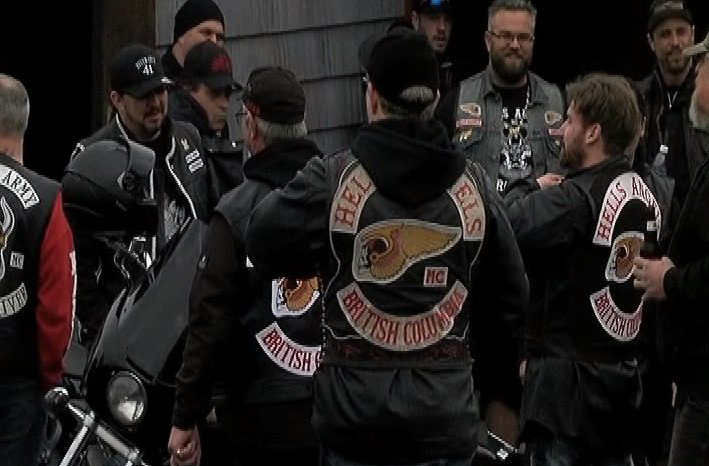 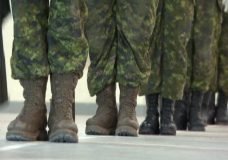 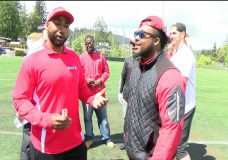