Emily Jackson was just 14-years-old when she found herself without a home.

“My mom was diagnosed with stage 4 terminal breast cancer, I had no other supports,” said Jackson.

“And there were other factors in my housing situation that made it unsafe to live.”

Because of her age, Jackson didn’t qualify for government help.

“Unfortunately, you have to be 16 to qualify for a Youth Agreement,” said Jackson, referring to B.C.’s Ministry of Children and Family Development program which helps youth in cases of extreme need, find a place to live.

Instead, for two years Jackson bounced from friend to friend.

“Those two years that I had to couch surf were extremely lonely,” said Jackson.

“I think the hardest part that people don’t realize is it’s not so much the bricks and mortar housing that matters, it’s not as much the services and supports, the food, the basic necessities. For me, it’s the emotional support,”

While Jackson has since been able to find housing, experts say many haven’t been able to.

“The superhighway to homelessness is youth in care,” said Kelly Roth, executive director of The Greater Victoria Coalition To End Homelessness.

In Victoria’s most recent homeless count, half of those currently living without shelter experienced homelessness as a youth.

One in three were in government care as a youth and the same percentage became homeless within a month of leaving care.

“What this says is more than the status of homelessness in Victoria, it’s more about where homelessness starts,” said Kelly Roth, executive director of the Greater Victoria Coalition To End Homelessness.

Experts say, more often than not, homelessness starts as a kid.

Couch surfing is much less visible and the children tend to live outside centralized areas.

“Kids who are living in tents, it’s a system failure for all of us,” said Victoria Mayor Lisa Helps.

A new youth hostel named ‘The Lighthouse’ has opened downtown to house kids as young as 15.

The youth-led initiative, with help from BC Housing, is already full with a lengthy waitlist.

It’s where Jackson now works as the prevention of youth homelessness coordinator.

“I first experienced homeless as a youth and to be able to change that for somebody else, to not have to go through it as hard, it’s everything,” said Jackson.

“It’s everything to me.” 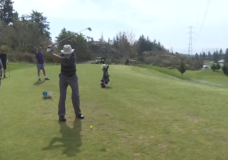 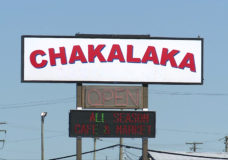