WATCH: The biggest and most destructive storm to hit Vancouver Island in years has claimed at least one life. April Lawrence reports.

Crews are working to clear trees and restore power during a windstorm that is being blamed for the death of one person and has left thousands without power across Vancouver Island.

The storm has knocked out power to more than 143,000 customers on Vancouver Island, including all of Ucluelet and Tofino, as of 6:30 p.m. BC Hydro said there was a transmission circuit failure in Tofino and Ucluelet.

There are other power outages all over Vancouver Island, with many reports of power lines down. At 4 p.m., this included 34,000 customers in Victoria, 36,000 in Nanaimo and 30,000 in Duncan.

BC Hydro said the windstorm has caused outages across Vancouver Island, the Sunshine Coast, Vancouver and the Fraser Valley. They are also receiving reports of downed power lines. The public is reminded to stay at least 10 metres back from downed power lines and call 911 immediately.

“There is extensive damage from branches and trees breaking and coming into contact with BC Hydro’s electrical equipment. Continued strong winds have made damage assessment and repairs difficult, but where safe, crews are busy repairing damaged power lines, poles and transformers. All available resources will work throughout the day and into the evening to safely restore power,” BC Hydro said in the statement. 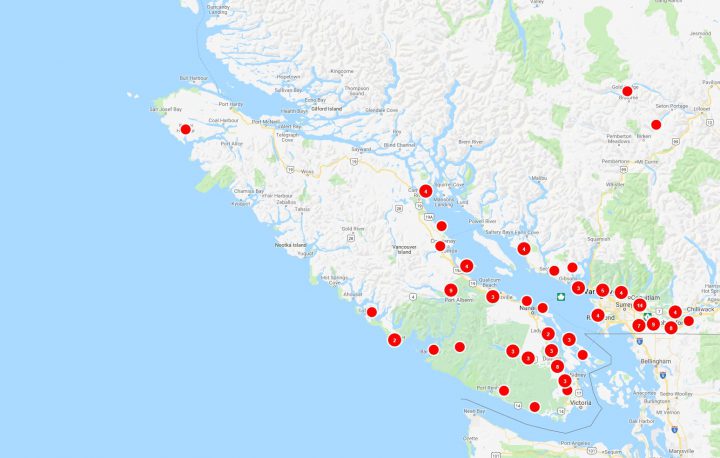 The BC Coroners Service has confirmed there was one death in Duncan related to a tree that fell during the windstorm.

Environment Canada has issued wind warnings for all areas of Vancouver Island. Wind speeds ranging from 70 to 90 km/h, with gusts up to 100 km/h are expected as the low-pressure system passes through.

Out in the Alberni Valley, the rising Somass River has led to a local state of emergency at the Tseshaht First Nation.

@Tseshaht is activating State of Emergency in wake of #BCStorm @CHEK_News Evacuations to begin this afternoon amid rising rivers & wind. pic.twitter.com/XucLPy0ry9

In Victoria, Butchart Gardens has confirmed they are closed due to the power outages and high wind. And over at the Victoria International Airport, the terminal building is on back-up power. Tim Hortons, Starbucks and Spinnakers are closed for the day. White Spot is open. Complimentary coffee, water and snacks are stationed around the terminal.

The City of Nanaimo has closed all of the parks and trails until further notice. Oliver Woods Community Centre, Beban Park Social Centre, Bowen Park complex and Nanaimo Aquatic Centre are also closed due to power outages. Residents are asked to avoid travelling, stay indoors and call 911 only if its an emergency.

“The winds are expected to increase before easing off later tonight. Please stay indoors and avoid travelling. City crews are working on clearing roads and we will provide updates as information becomes available,” Nanaimo Fire Chief Karen Fry said in a statement.

There are also multiple road closures due to fallen trees. BC Hydro and road crews are working to remove the trees. Drivers are being reminded to use caution and use a four-way stop procedure at intersections where the lights are out.

Our maintenance crews are working hard to clear trees/debris on #VancouverIsland. Many sites are a challenge due to contact with power lines. In these cases, crews must wait until @BCHydro deems safe to clear. Thanks for your patience. Photos: W Shawnigan Lake Road #bcstorm pic.twitter.com/SnB2x0ACs0

High winds are causing power outages, including traffic lights, around #VancouverIsland and #LowerMainland. Treat these intersections like four-way stops, and take your turn. This explains more: https://t.co/53ad93rofi pic.twitter.com/lZWhrhgSC1

Dozens of tree are across Highway 4 has left drivers stuck in the Port Alberni area. Hotels are full in the city.

Dozens of trees down across Hwy 4 @DriveBC_VI has left thousands of travellers marooned tonight @CHEK_News Hotels full in @cityportalberni pic.twitter.com/U8D05SHlb7

Anyone in the Oceanside area who can’t reach their destination can go to the Qualicum Beach Civic Centre at 747 Jones St, Qualicum Beach where Emergency Support Services is available.

According to Environment Canada, winds are expected to ease off Thursday night.

Here are some viewer photos and videos of the storm 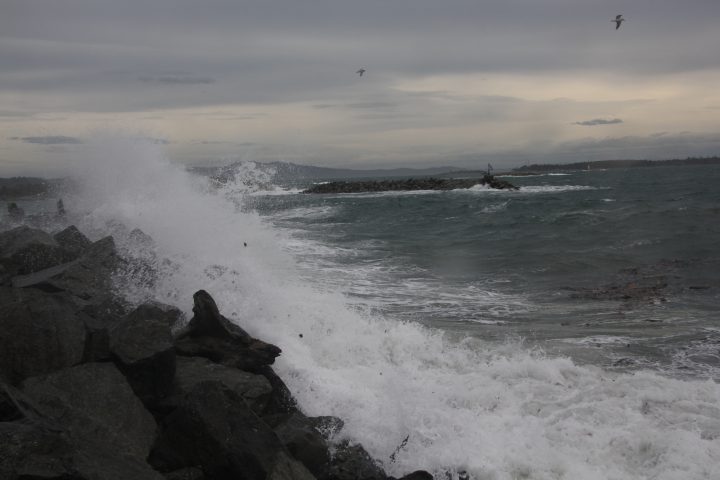 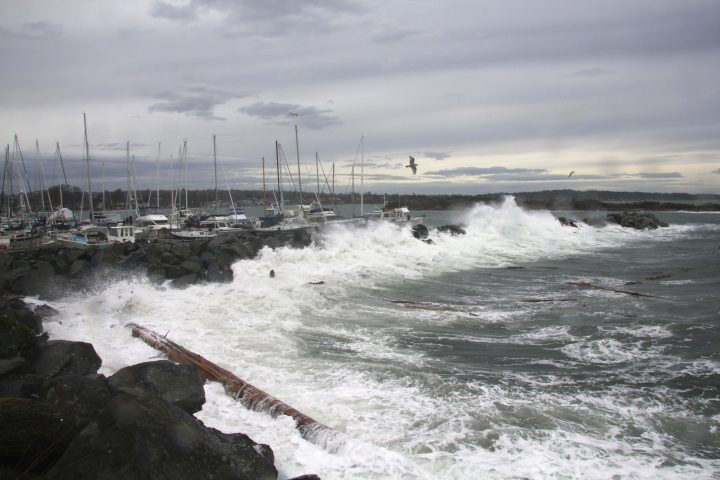 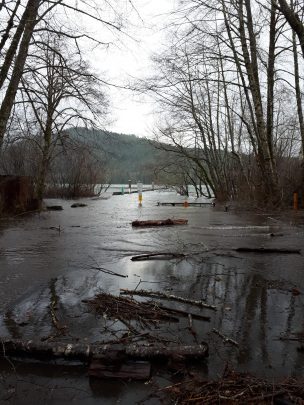 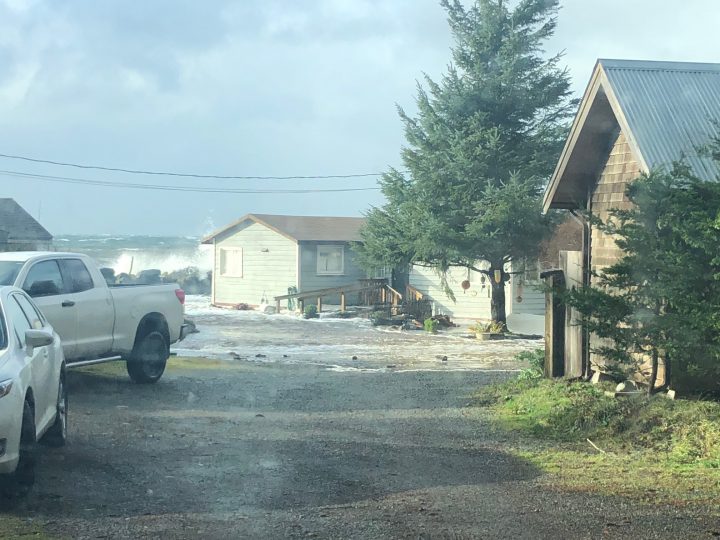 Holy Christ thank god the wind is blowing in the direction it is. Because that tree could have fell on my house ? 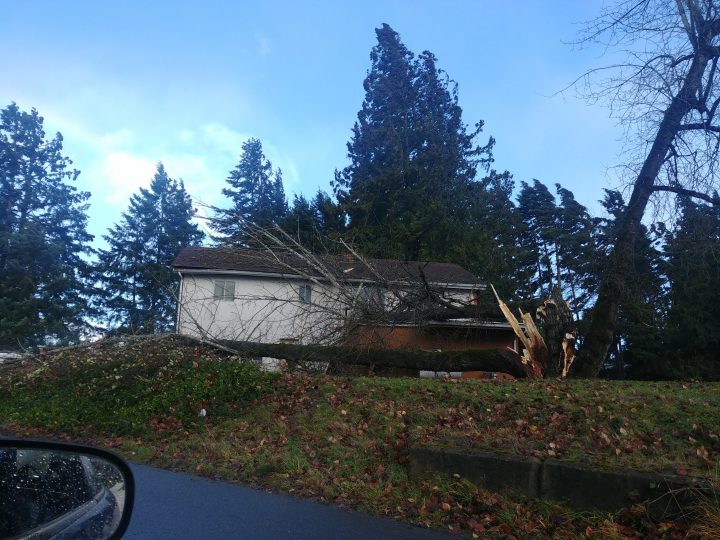 A tree down on part of a house on Rutherford Road in Nanaimo. (Amez Happier). 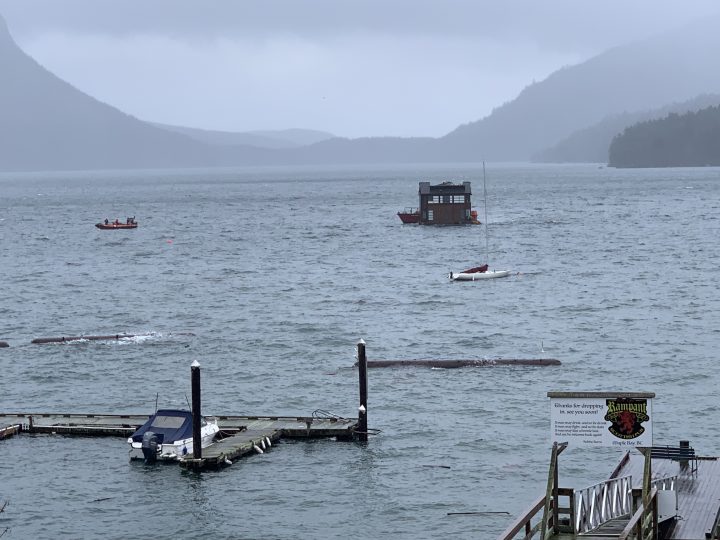 A float home comes loose at Maple Bay. Nenagh McCulloch, who took the photo, said all owners and pets are safe.

WATCH: Waves batter the shore at the Sheringham Point Lighthouse in Shirley, BC. (Sheena) 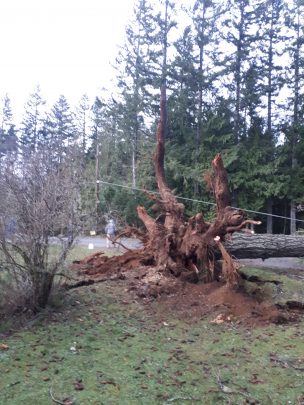 WATCH: A tree falls down on a house on Stoneridge Drive in View Royal. (Curtis Clarke). 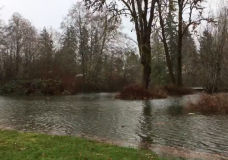 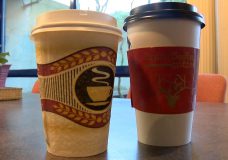