WATCH: Scientists had a bit of a marine mystery on their hands after a shark washed up in North Saanich. The 10-foot long shark was found on Coles Bay on Tuesday morning. It is a bluntnose sixgill and its believed it may have run into complications while giving birth. Kori Sidaway has the details.

Warning: This story contains photos that may be disturbing for some readers.

A necropsy will be done this week on a dead pregnant shark that washed up at Coles Bay in North Saanich Tuesday.

The University of Victoria’s Juanes Laboratory is approved by Fisheries and Oceans Canada to perform the necropsy on the bluntnose sixgill shark Friday with shark experts.

“Because these are deep sea sharks there’s not a whole lot we know about them,” said Brian Timmer, a research assistant with Jaunes Lab.

This 5m long shark washed up on Coles Bay beach today. @NorthSaanich are working with Department of Fisheries and Oceans @DFO_Pacific to arrange removal. pic.twitter.com/2TaEhq4bie

The District of North Saanich said Tuesday night it was working with the DFO to arrange removal of the 600-to-800 pound bluntnose sixgill shark. However, the Juanes Laboratory has discovered the shark may be carrying some extra weight.

“We think probably happened at this point is that the shark probably came into shallower water to give birth,” said Timmer.

“There’s potential that something that went wrong in the birthing process.”

DFO research scientist Jackie King said a cause of death may not be determined as there were no signs of any sort of trauma.

“It’s not unheard of for females giving birth to have complications,” King said. 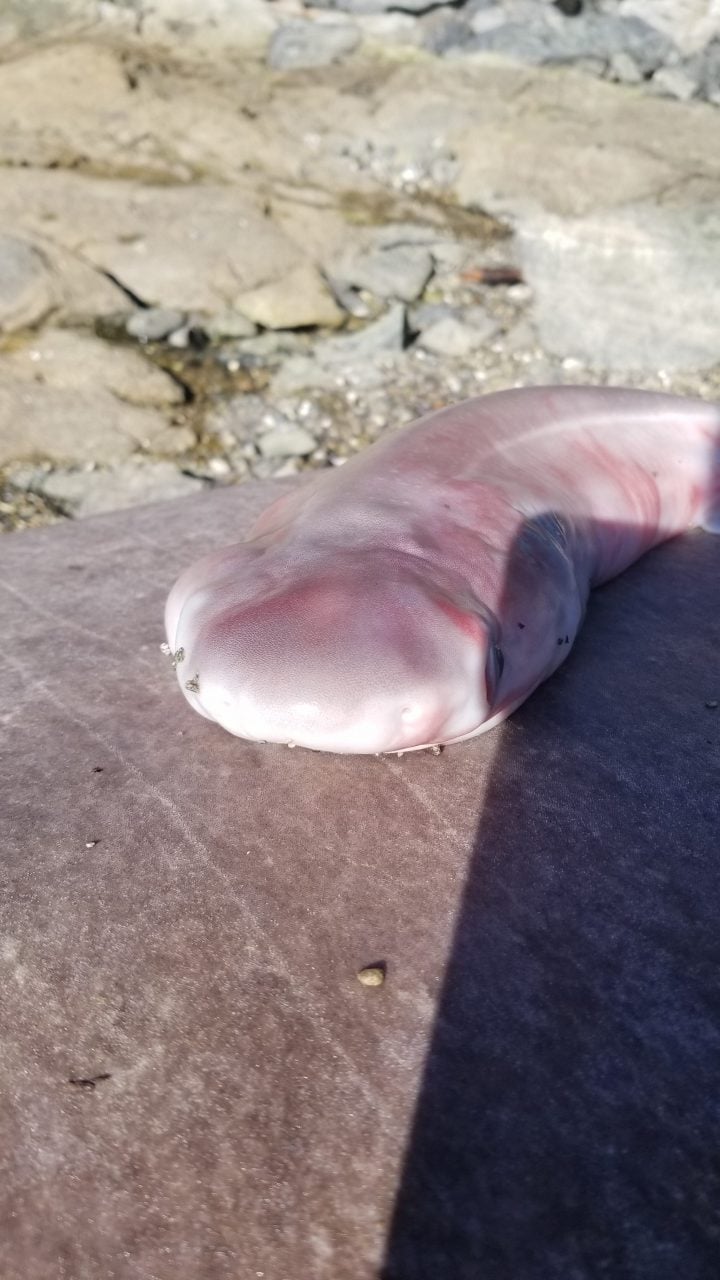 One of the babies removed from the dead pregnant shark found at Coles Bay.

Bluntnose sixgill sharks, also known as cow sharks, give birth to live pups and can carry up to 100 over their two year gestation period. And scientists say it’s not the first time a pregnant cow shark has washed up on the island.

“A few years back there was another sixgill that washed up in Port Alberni actually and when they went in and looked inside, they found babies as well, so it seems to be a pattern,” said Timmer. 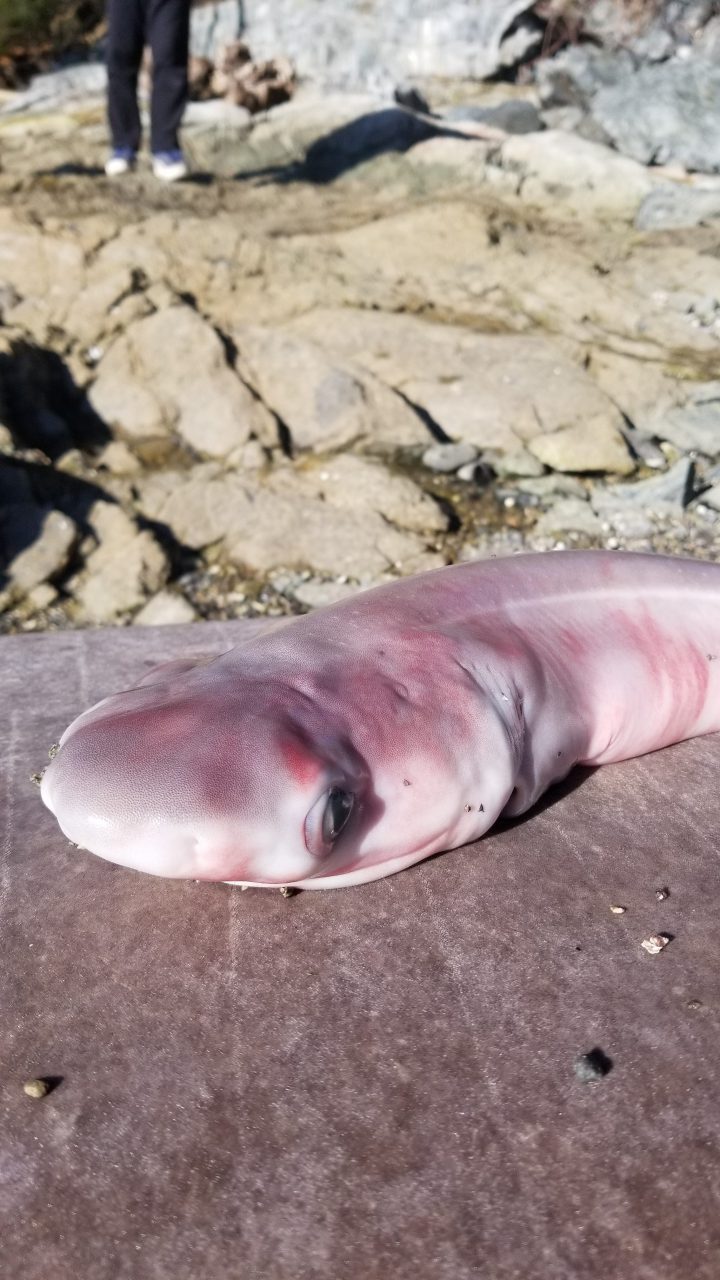 One of the babies removed from the dead pregnant shark found at Coles Bay.

Cow sharks are deep-water predators which are identified with the six pairs of long gill slits on each side of their head, yellow lower teeth and a long tail.

Its dorsal fin is also positioned closer to the tail, rather than the centre of its back.

They have been found in ranges of oceans around the world, typically on ocean floors and often in tropical and temperate waters. They are not unusual in the waters near Victoria and the females come near shore to give birth.

Some of the sharks’ relatives date back 200-million years. 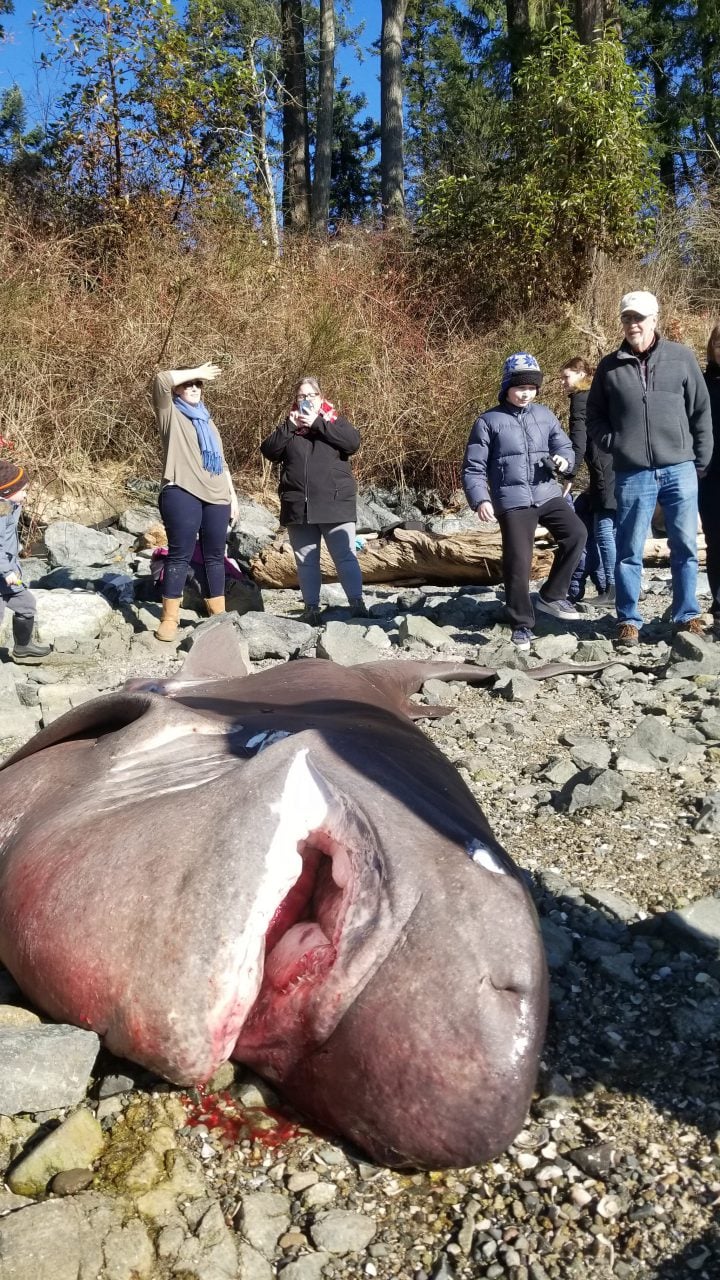 A full necropsy will be carried out on the North Saanich beach on Friday to get a better idea of what brought this shark to shore.

“It’s absolutely beautiful, ya. I mean not every day do you get to hold a baby shark,” said Timmer. 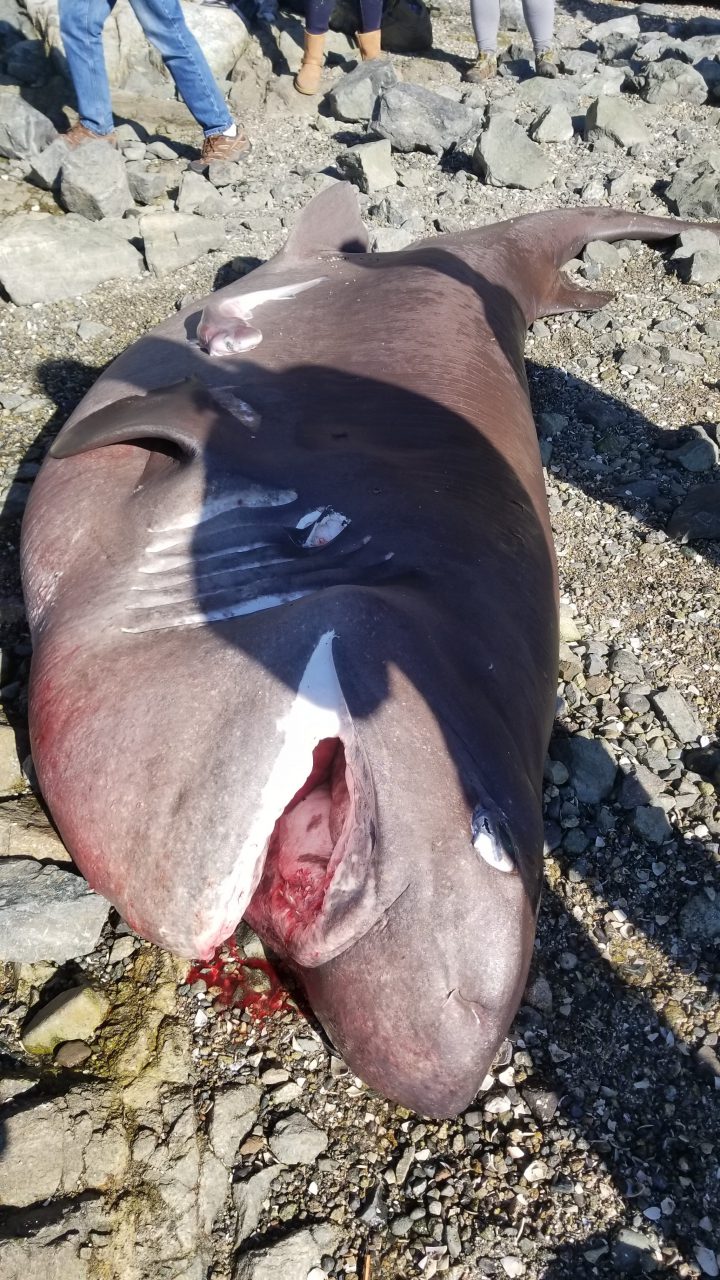 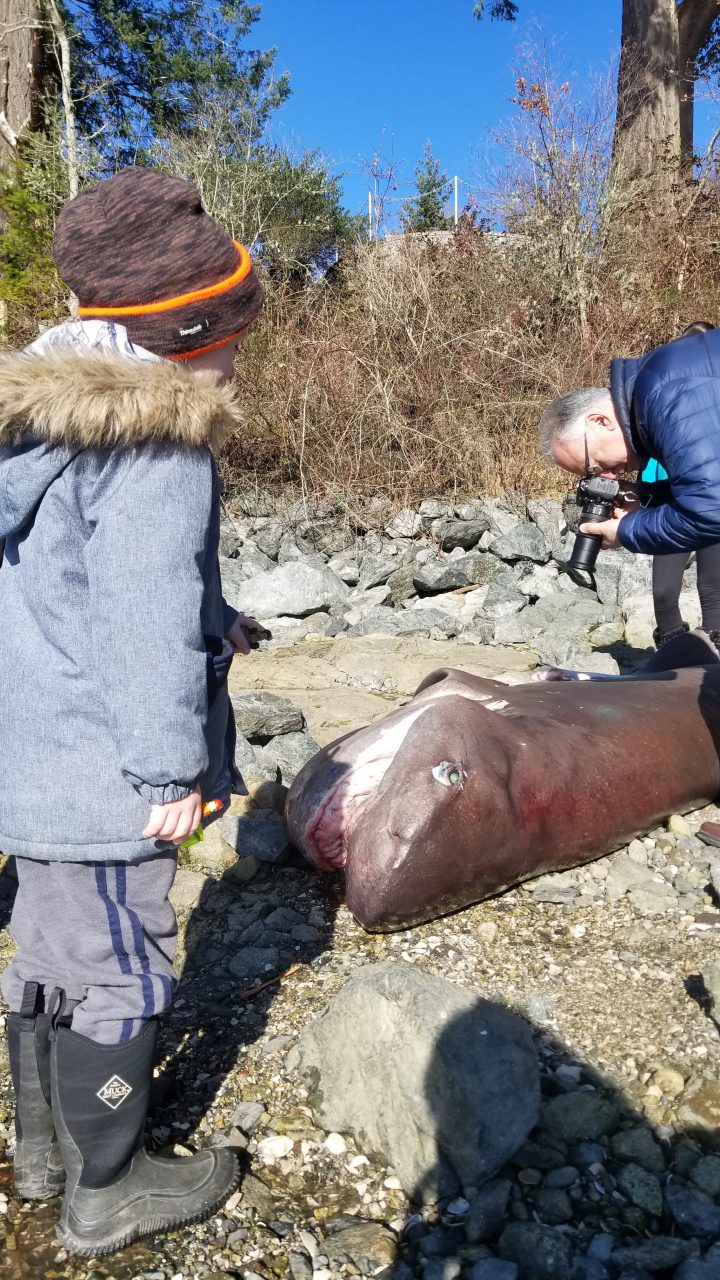 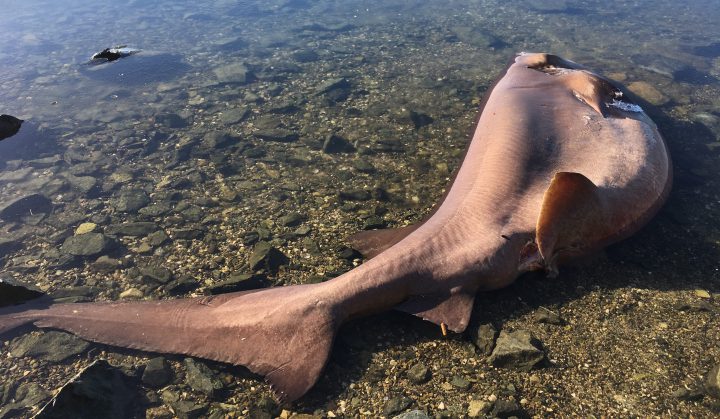 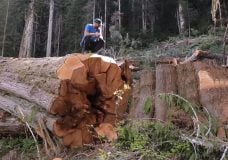 Island demonstrators call for end of old-growth logging in B.C. 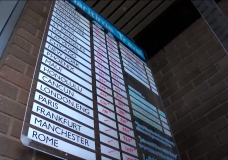