Day 2 of Pope visit to include stops at a former residential school, Edmonton church 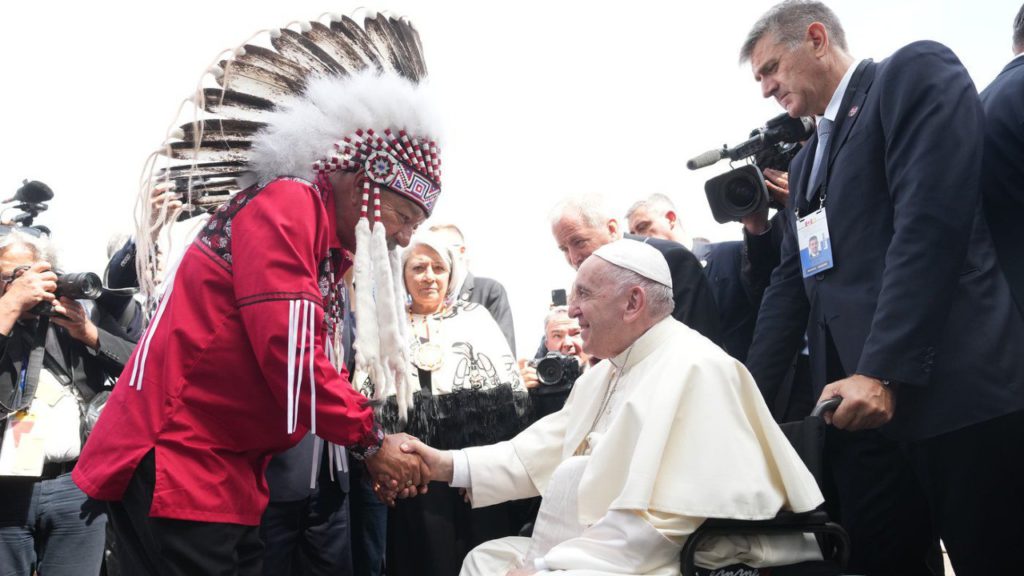 THE CANADIAN PRESS/Nathan Denette
Pope Francis is greeted by George Arcand, Grand Chief of the Confederacy of Treaty Six First Nations, as he arrives in Edmonton on Sunday, July 24, 2022. His visit to Canada is aimed at reconciliation with Indigenous people for the Catholic Church's role in residential schools.

Pope Francis is expected to speak publicly for the first time on his Canadian visit at a meeting this morning with First Nations, Inuit and Métis peoples in a community south of Edmonton.

The day’s events begin with a trip to Maskwacis, Alta., where the pontiff is scheduled to visit the former site of the Ermineskin Indian Residential School.

It is expected this is where the Pope will issue an apology to Indigenous residential school survivors and their families for the role the Roman Catholic Church played in the institutions.

Francis is set to speak in the afternoon with Indigenous Peoples and parish members at the Church of Sacred Heart in Edmonton.

Later in the week, the Pope plans to host a large outdoor mass at the city’s football stadium and take part in a pilgrimage in nearby Lac Ste. Anne, before travelling to Quebec City and Iqaluit.

Francis arrived Sunday for the six-day trip that is aimed at reconciliation with Indigenous Peoples.

Treaty 6 Grand Chief George Arcand Jr. said many people in the Indigenous community are skeptical and hurt, but an apology could be the start of a new journey.

“Many people have always felt that an apology was nothing but hollow words. But when the Pope made an announcement to come to Alberta and talk to our people, people started feeling like there was a sense of hope,” he said.

Arcand Jr. said an apology doesn’t erase the past but sets the way for communities to rebuild and work with the church, if necessary.

An estimated 150,000 Indigenous children were forced to attend residential schools in Canada, where neglect and physical and sexual abuse were rampant. More than 60 per cent of the schools were run by the Catholic Church.

Indigenous leaders have said they are concerned the visit will open old wounds. Arcand Jr. called for more mental health supports to be put in place.

“I hope that when we hear an apology, we have the tools and the support necessary to help put people back together again.”

This report by The Canadian Press was first published July 25, 2022. 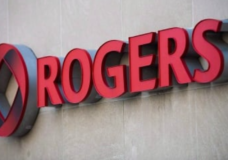 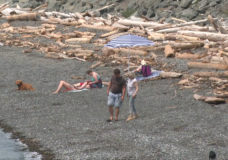