Carrying signs and demanding justice, Jeff Buziak and more than a dozen supporters walked through Saanich on Friday to raise awareness about a horrific murder that happened exactly a decade ago.

“Family have been in hell prison for 10 years,” Buziak says. “We’re in a mental prison begging for parole and that parole would be the arrest of those responsible for the murder of Lindsay.”

Lindsay Buziak was stabbed to death in a home on De Sousa Place in Saanich on Feb. 2, 2008. Police believe the vivacious 24-year-old real estate agent was lured to the Gordon Head property by people pretending to be prospective buyers and then brutally murdered.

But 10 years after her death, the case remains unsolved.

“It needs to be solved and we have to find justice for Lindsay somehow and the people who have done this, they’re still in the community,” says Saanich Mayor Richard Atwell. “They may be in Vancouver, they may be up Island or they may be here right under our noses.”

With no one arrested or charged in connection with the murder, Lindsay Buziak’s father is placing the blame squarely at the feet of the Saanich Police Department.

“What they need to do is rally the troops and pick up their game from a bush league crew to a high-level competent organization that solves crime,” says Jeff Buziak. “They’re not doing their job.”

Saanich Police are defending the investigation, which has taken up thousands of hours of investigative time and has been reviewed by the RCMP.

But investigators are sounding the alarm over the websites and blogs people have set up to try and find Lindsay’s killers.

Police say all the speculation, and in some cases misinformation, may actually be hurting the investigation.

“People posting false allegations, misinformation and really a bunch of nonsense on the internet does not help,” says S/Sgt. Chris Horsley of the Saanich Police Department. “Every hour we spend chasing down some nonsense from the internet is an hour we’re not spending actually trying to find the real people responsible.”

Police continue to investigate new tips but investigators won’t say if there are any promising leads.

But Jeff Buziak just hopes arrests are made soon, so the 10th-anniversary walk for justice can be his last.

“The murder should have been solved a long time ago,” Buziak says. 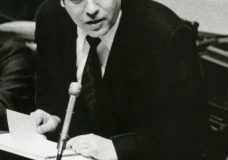