It’s a vast area — popular with mountain bikers and others for outdoor recreation — that borders his small community.

“We have a huge area, a huge area and most of our area is all bush,” said Williamson.

All that bush, says Williamson, is a big concern because it’s tinder-dry as a result of weeks without any rain. So, he’s out on the trails talking to trail users about the conditions.

“We’re just letting people know we’re around and to call us if you see anything,” Williamson said to a group of bikers heading into the trails.

Williamson doesn’t want to close the trails because of the current extreme fire risk and is hoping public education regarding how dry the conditions are will keep help to keep the trails open.

“That’s what I’m doing today just telling people no smoking in the bush and be careful,” he said.

However, should a fire happen, Williamson said his crew is ready.

“We’re ready. We have a standby crew at the hall here 24/7 on the weekends and we’re doing patrols,” he said.

Although many areas of southern Vancouver Island did see some showers Saturday, Williamson says a lot more rain is needed before the extreme fire rating is reduced.

“Just because we do get a little bit of rain and we are expecting some more this week, that isn’t going to change anything,” he said. “You know we need to have a really good downpour for a few days.

As of Saturday afternoon, the majority of Vancouver Island had a fire danger rating of “extreme” while the far north is currently rated as “high.” 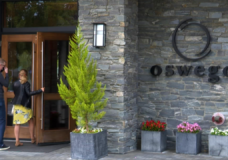 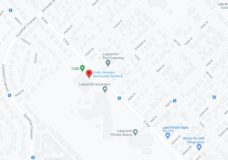