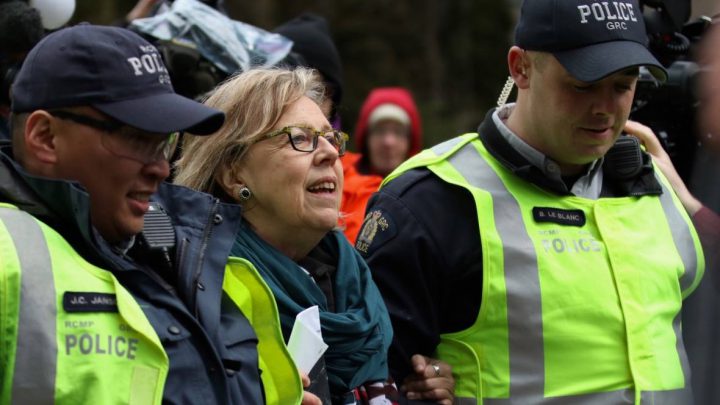 Criminal charges are being considered against two federal MPs, including Green Party leader Elizabeth May, and other anti-pipeline protesters for breaking a court-imposed protest-free zone in Burnaby last month.

On Monday, the B.C. Prosecution Service (BCPS) said it assuming conduct of contempt proceedings and crown will take over the case from lawyers of Kinder Morgan.

A B.C. Supreme Court judge recommended criminal charges, rather than moving forward as a civil case, against protesters that were arrested for being within the five-metre protest-free zone at the Kinder Morgan Trans Mountain pipeline construction site on Burnaby Mountain.

After a review of the case against the Kinder Morgan protesters, BCPS said criminal contempt proceedings are warranted.

Two special prosecutors have been assigned to handle May and Stewart’s higher-profile cases.

Special Prosecutor Greg DelBigio of Vancouver will handle May’s case and both lawyers have been tasked with conducting an independent review of the evidence and will proceed if they determine prosecution for criminal contempt is warranted.

Last week, Justice Kenneth Affleck recommended the criminal charge based on the alleged contempt being against the court-ordered ban and not the company.

On April 8, Kinder Morgan announced it was suspending all non-essential work and spending on the $7.4 billion pipeline expansion, which would triple the amount of bitumen flowing from Alberta to Burnaby.

A previous version of this story stated May had been charged. We have corrected the article and apologize for the error. 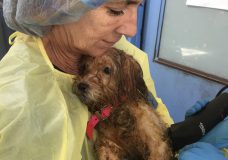