WATCH: A recycling truck went up in a ball of flames this afternoon, sending thick black smoke into the air that was visible for kilometres. It was the second time in a month firefighters had been called to the street, last time it was for a major house fire.

According to the fire department, the fire broke out at around 1:09 p.m. There are 10 firefighters at the vehicle fire, along with two engines, one rescue vehicle and one command vehicle.

Capt. Chad Verch with the Victoria Fire Department said firefighters used a foam line to put out the fire. Another vehicle was damaged but there was no injuries as the driver was able to park and get out of the truck as soon as she saw smoke coming from the console.

“There was a partition that’s separated by pure steel so it didn’t cause any of the cardboard in the back to catch on fire or any of the recyclables,” Verch said.

There was a fire that destroyed a house in the same area back in March, which Verch said is “ironic”

Black smoke could be seen in the sky in parts of downtown Victoria and Victoria West when the truck was on fire.

The cause of the blaze is under investigation. 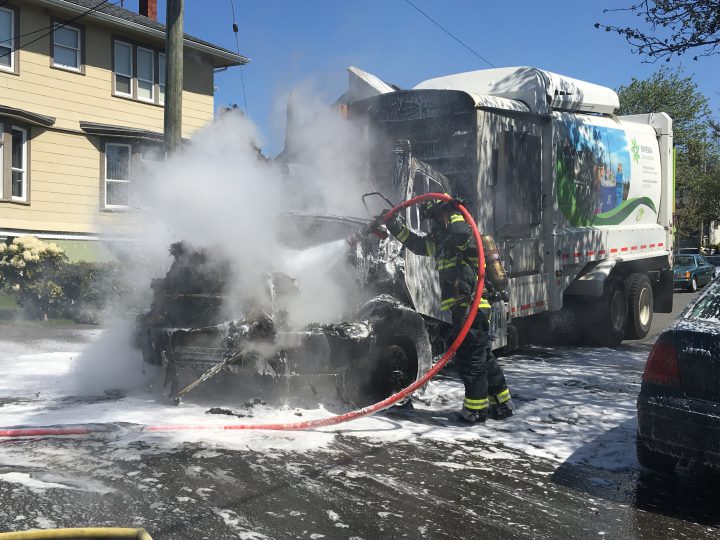 Victoria fire crews put out a fire on a recycling truck on April 25. 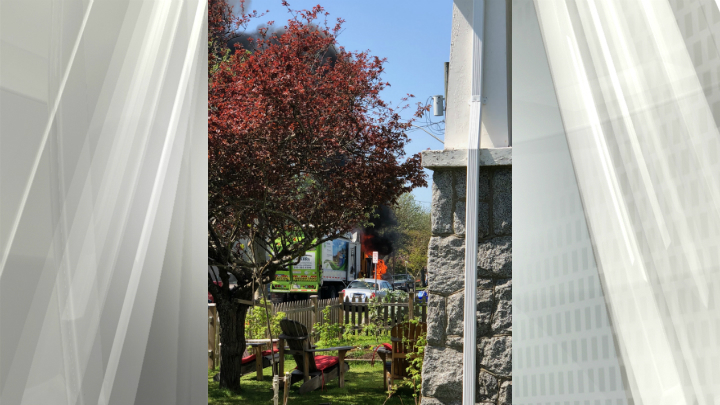 A recycling truck went up in flames in Victoria on April 25. Credit: Helen Edwards.’ 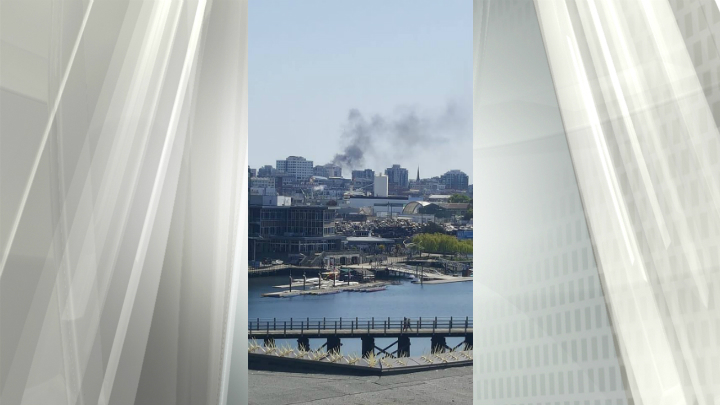 Smoke from the recycling truck fire on April 25 seen on Gorge Road. 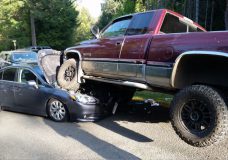 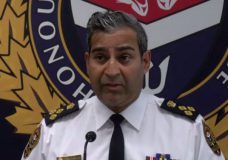