Crews pull car out of the Rumming Road washout

WATCH: A neighbour who lived closest to the Lantzville washout says he’s amazed the woman whose car plunged into the hole in the road survived. Today crews pulled her car out. It was filled with mud and underscored just how dangerous her situation was. Kendall Hanson reports.

Crews removed the car that dropped into A 20-meter deep hole near Lantzville Monday morning.

It’s badly damaged and so covered in mud that it’s hard to tell it’s Toyota Matrix.

It’s hard to believe anyone inside it would escape the plunge.

Karena Donnelly told CHEK News about her harrowing encounter Monday. How after plunging into the hole, with water rushing in and around her car, she managed to find her cell phone and call 911. She was eventually rescued three hours later.

“My legs were stuck in the mud and I had nowhere to go,” said Donnelly Monday. “I was as far up in the car as I could go.”

Marshall was home when part of Rumming road washed out. His fence also washed away along with many of his trees and he watched the rescue unfold.

“Oh they’re the best,” said Marshall of the first responders. “It chokes me up. You can’t say enough about those guys.”

Marshall says pooling water on the high side of the road has been an issue for some time. He took this video, of the section that just washed out, nearly two years ago.

A manhole on the high side of the road leads to a culvert that comes out down below but the culvert somehow stopped carrying water years ago.

He says he’s glad the problem is finally going to be fixed properly. Yesterday the Provincial Transportation Ministry told CHEK News it was aware of the water issue on the road for up to 8 months and the fix is four to six away. 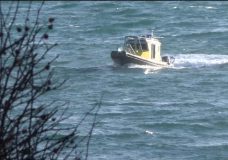 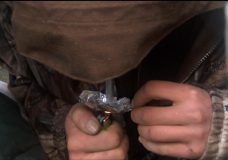 Overdoses claim more lives in Mid/North Vancouver Island than ever