Just two days after a young man was taken to hospital with life-threatening injuries, cliff jumpers are back at Thetis Lake.

“Jump as far as you can that’s all I gotta say, just make sure there’s no rocks, I’m pretty sure we’ve had people to depth check it before so, it’s deep enough.”

The cliffs on both the east and west banks of Thetis Lake offer thrill-seekers a 30-50 foot (nine to 15 metre) jump. The highest jumping-off spot on the east side is nicknamed suicide landing.

There are no warning signs at that diving-off point, but cliff divers say more signage wouldn’t make a difference.

“I have not seen any signs, and I usually don’t read the signs anyway,” said Jacob Henson who said he’s been coming to these cliffs at Thetis Lake all summer long without injury.

“When our bells go off and they say you’re going to Thetis Lake, two things are happening there: it’s either a fire or it’s a cliff jumping accident.”

Thetis Lake is under the Capital Regional District (CRD) jurisdiction, and the mayor of View Royal says they have taken steps to try to discourage cliff jumping.

“The CRD we have doubled or tripled our presence in that park in the last two years,” said Mayor David Screech.

“The RCMP has been more involved in terms of alcohol enforcement. The CRD is certainly prepared to look at more signs and different ways, but at the end of the day, we just need to convince the younger people that it’s simply unsafe and they must not cliff jump.”

It’s a sentiment the senior manager of Regional Parks within the CRD agrees with – putting the onus of safety on the individuals.

“The CRD does take visitor safety quite seriously but people need to take responsibility at some point in time for their own safety,” said Jeff Leahy, senior manager of Regional Parks with the CRD. 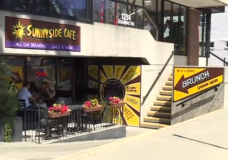 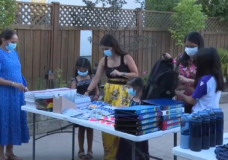