May 23, 2020 updated
CHEK
WatchGreen MLA Sonia Furstenau says the idea of a four-day work week floated by New Zealand's prime minister is worth exploring in B.C. as well.

With Vancouver Island tourism at a standstill this spring, those in the industry are hoping locals will enjoy a staycation this summer.

“A four day work week may be one way to look at not only getting more productivity but also more work-life balance,” said Sonia Furstenau, Cowichan Valley’s Green Party MLA.

“Here in BC where we’re facing a really crushing blow to the tourism industry open up that space for people to be able to explore their own back yard a little bit more.”

The idea has come to the forefront internationally as New Zealand’s Prime Minister has floated the idea in her country.

Prime Minister Jacinda Ardern is suggesting a shorter work-week would allow Kiwis to travel more while international tourists stay away.

Furstenau says there have been studies, one in particular by Microsoft Japan, that show keeping the same pay for fewer hours can prove beneficial.

“Productivity increased by 40 per cent so there’s a very interesting compelling argument here that it’s not having people work longer that is necessarily the most productive,” said Furstenau.

But Parksville’s Chamber of Commerce says many employers are already finding it difficult to find enough staff and a four-day work week would make doing business more difficult.

“It adds another layer of expense and difficulty for employers who are already feeling the heat from the various taxes and regulations that have been applied, the rapid increase in the minimum wage, the health tax,” said Kim Burden, the chamber’s executive director.

But Furstenau says the broad discussion around COVID-19 and economic recovery should include bold ideas such as a shorter work week.

She says the impact on Gross Domestic Product calculations don’t often factor in other important factors such as happiness, health and the environment. 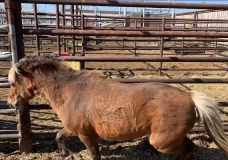 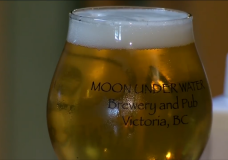 Order Up: Moon Under Water