The Cowichan Historical Society is hoping for your support this coming month as it tries to secure a cash prize to restore the Duncan Train Station.

The National Trust has selected the Duncan Train Station as one of 10 finalists from across Canada for its “Next Great Save” competition and it’s the only entry on Vancouver Island.

The Duncan Train Station in the city’s downtown was built in 1912 and according to the Cowichan Historical Society, the train was very important for the region.

“It looked after the farmers. There were fresh vegetables and flowers that went down to Victoria or Nanaimo, mostly to Victoria and passenger service and then during both world wars it actually transported troops,” said Sheila Kitson, vice-president of the Cowichan Historical Society.

The train station initially was home to the station master’s family while passengers bought tickets on the main floor. Its purpose has changed throughout the years. It’s now home to the Cowichan Valley Museum and serves as a tourist information hub.

“We had over 8,000 visitors through the doors between June and September and they were people from many many different countries,” said Kitson.

But the 3,000-square-foot building has seen better days. It needs some TLC and energy efficiency upgrades. Sometimes the hydro bill is as high as $1,000 during winter months.

The Cowichan Historical Society has applied to the National Trust of Canada to be part of the next great save. A contest that will award $50,000 for the restoration of a heritage site.

“Everybody get out there and vote,” urged Kitson.

Duncan’s Downtown Improvement Association is among the organizations that will be trying to get people to vote.

“It is a part of our story and it’s a story worth preserving and so we really hope that you vote for us and then of course even more importantly come and visit us,” said Katherine Devine, executive director of the Downtown Duncan Business Improvement Area Society.

People can vote once a day every day online at this link.

RELATED: The deadline is nearing for the final decision on the restoration of the E+N railway on Vancouver Island 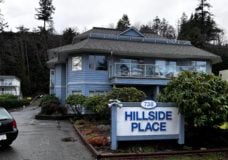 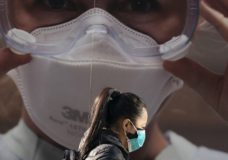